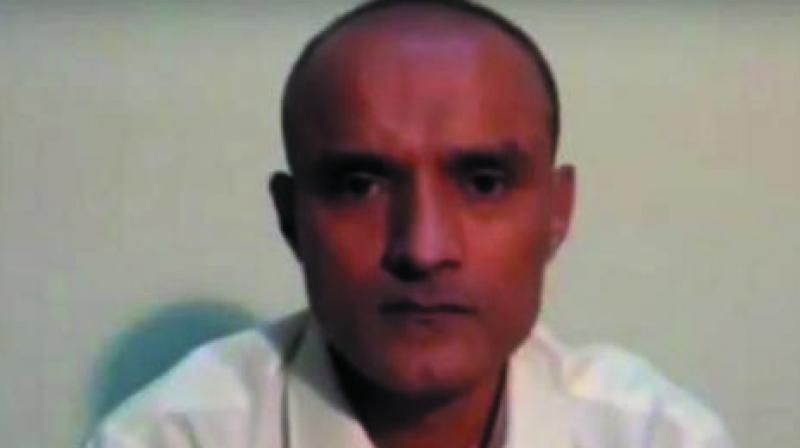 Islamabad/New Delhi: Pakistan on Thursday said Islamabad was considering the Indian request for the grant of visa to the mother of alleged Indian spy Kulbushan Jadhav, sentenced to death in Pakistan.

At his weekly news briefing here, foreign office spokesperson Nafees Zakaria, however, regretted that the India had imposed strict restrictions on the grant of visa to Pakistani patients.

He said “India’s belligerence” posed threat to regional peace and security. Mr Zakaria expressed serious concerns over “frequent ceasefire violations” by Indian forces on the Line of Control and the working boundary.

He said the Indian side was “deliberately heightening tension in order to divert world attention from its atrocities in Kashmir”.

Meanwhile, India said that there has been no change in Pakistan’s position on providing consular access to Mr Jadhav as also on visa request for his mother, amidst Pakistani media reports that Islamabad was considering to allow her to travel to meet her son.

External affairs ministry spokesperson Gopal Baglay also said the case was now before the International Court of Justice and India was following the September 13 timeline to give its submission.

There has been no change in Pakistan’s position on providing consular access to Jadhav, a retired Indian Navy officer, as also on visa request for his mother, he said.

When asked about reports that Pakistan was considering the Indian request for the grant of visa to Jadhav’s mother, Avantika Jadhav, he said India has no official information on it.