Villagers are also happy with the new initiative as now they will not have to travel to the city for availing baking services. 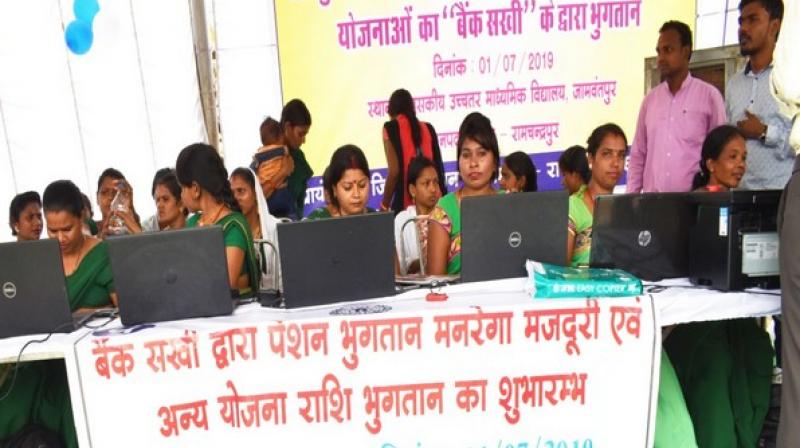 The scheme is focused on promoting self-employment and organisation of the rural poor. (ANI)

Balrampur: In a major relief to villagers of the Balrampur district in Chhattisgarh, women working in self-help groups, have started providing banking services to the people in rural areas.

These groups are working under the umbrella of the National Rural Livelihood Mission (NRLM).

The first batch of 30 women, known as "Bank Sakhi", has been provided with a small office space to provide banking services, including cash withdrawal and account opening.

"The initiative will benefit the public as well as the villagers as it provides employment to these NRLM women," said Sanjiv Kumar Jha, the District Collector Officer.

Villagers are also happy with the new initiative as now they will not have to travel to the city for availing baking services.

A local, Muneswi Devi who withdrew her money through the new facility, said the move will save their time and efforts.

The women, working as Bank Sakhi under the system, are elated to ease the burden off the villagers' shoulders.

"Villagers will not have to open a new bank account as we will provide banking services at their home," informed Rita, a woman working as Bank Sakhi.

The NRLM is a poverty alleviation project implemented by the Ministry of Rural Development.

The scheme is focused on promoting self-employment and organisation of the rural poor.