It was reported that in Malkangiri district, 60 per cent posts of doctors and 48 per cent nursing posts are vacant. 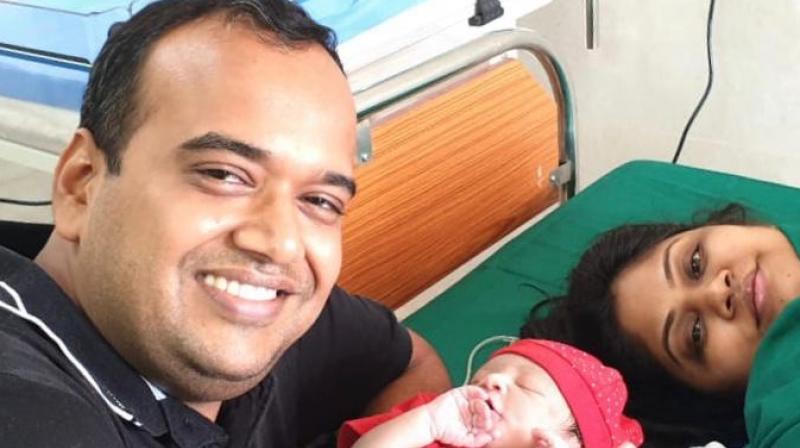 Agarwal expressed satisfaction on the hospital preparations given 103 children died due to encephalitis in 2016 in the same hospital. (Photo: Twitter)

Bhubaneswar: Odisha’s red-corridor, where the government-run medical institutions need revamp and better facilities, a bureaucrat chose a government-run hospital for his child’s birth.

Hindustan Times has reported that Malkangiri District Collector Manish Agarwal and his wife Sonam got blessed with a son at the district hospital on Friday.

“We had done pre-natal check-ups at the district headquarters hospital. Since medical facilities have improved we thought why not get the delivery done at the hospital itself instead of going elsewhere. The facilities in Malkangiri and other local private hospitals are similar,” Hindustan Times quoted Agarwal who added that his wife and son were doing fine.

Agarwal expressed satisfaction on the hospital preparations given 103 children died due to encephalitis in 2016.

“We now have oxygen concentrators, ICUs and SNCUs. We have more doctors and added to the expertise of the doctors. All this has led to definite improvement. From 60 per cent institutional delivery in 2016, we have now close to 90 per cent,” Agarwal said.

It was reported that in Malkangiri district, 60 per cent posts of doctors and 48 per cent nursing posts are vacant.