As many as 14,000 Rohingyas are living in India, says MoS Kiren Rijiju. 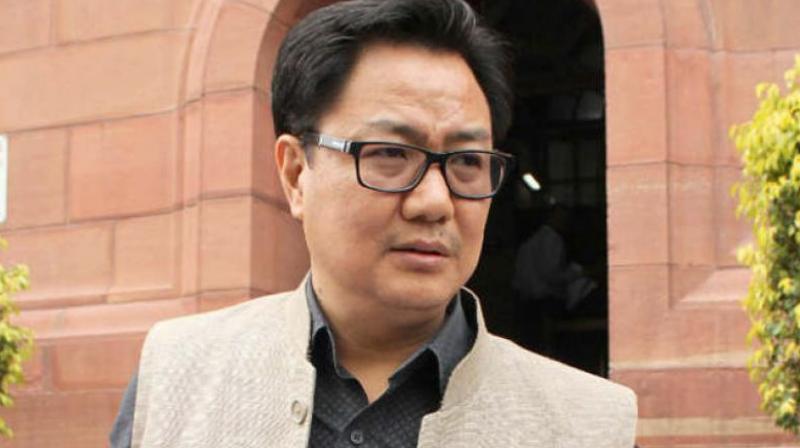 New Delhi: The Centre has asked the state governments to identify and deport illegal immigrants such as Rohingyas, saying that such people can be a security risk on account of being roped in by terror organisations.

The Union home ministry told the states last week that illegal migrants are more vulnerable for recruitment by terror outfits even as the increase in such activities in the last few decades is a matter of serious concern.

According to a ministry communique, the illegal migrants, apart from infringing on the rights of the Indian citizen, are also a major security challenge.

The recent trend of infiltration by Rohingyas, the ministry added, from Myanmar into India also infringes on the rights of the Indian people.

During the Monsoon Session, minister of state for home Kiren Rijiju informed the members that as many as 14,000 Rohingyas, registered with the United Nations High Commissioner for Refugees (UNHCR) are living in India.

The minister said nearly 40,000 Rohingyas are staying illegally in states like Rajasthan, Uttar Pradesh, Delhi & NCR, Hyderabad, Haryana and Jammu. On November 16, 2016, the government disclosed in Parliament that nearly 20 million or two crore illegal Bangladeshi migrants are living in different parts of the country.

The ministry communiqué said India shares its borders with many adjoining nations with people from the sub-continent region having many similarities in terms of physical looks and a common history. “Due to a variety of reasons, including political and economic turmoil, in neighbouring countries, people from such countries often enter India.

There are cultural and ethnic similarities, and, on many occasions, such migration goes unnoticed as they settle in the Indian territory,” the letter states. The states have been told to form a special task force in each district to identify and deport such people.