The number of FBOPs would be three times higher than the present figure once the additional ones become operational. 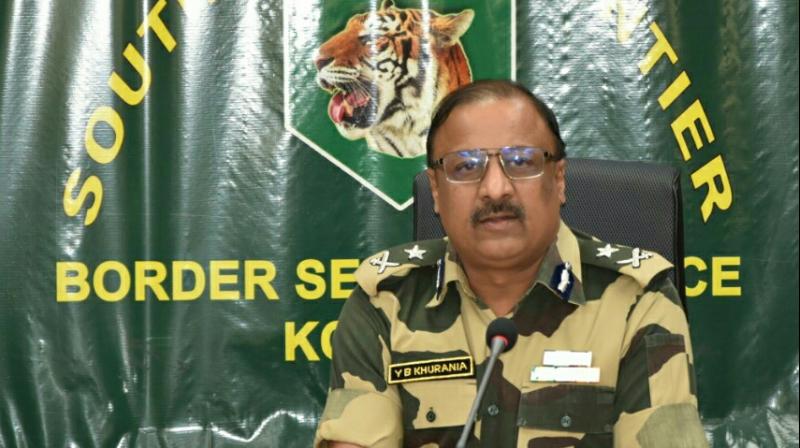 Sharing the roadmap he added, ‘From 2020 onwards these FBOPs would start arriving. Hopefully by 2022, these would available in the Sundarbans. It will take the total number of FBOPs to nine then.’ (Photo: Asian Age)

Kolkata: The Border Security Force (BSF) is going to set up six more floating border out posts (FBOP) over Rs 300 crores in the Sundarbans in the next three years, tightening its security along Bangladesh in the delta off the Bay of Bengal to curb trans-border crimes.

The number of FBOPs would be three times higher than the present figure once the additional ones become operational. The six new FBOPs are being built at the Cochin Shipyard Limited now.

On Wednesday BSF Inspector General Y B Khurania (South Bengal Frontier) said, "In the Sundarbans, we have three FBOPs out of which one is in supplement while two are undergoing repair. The Government of India has accepted our proposal. Six new FBOPs costing over Rs 300 crores have been sanctioned."

Sharing the roadmap he added, "From 2020 onwards these FBOPs would start arriving. Hopefully by 2022, these would available in the Sundarbans. It will take the total number of FBOPs to nine then."

Meanwhile tackling cattle-smuggling in West Bengal the BSF has faced a new challenge. For, there has been no takers of the cattle seized by the BSF near the Indo-Bangladesh border. This has turned many BSF BOPs almost into temporary cattle-sheds creating an unhygienic environment for the troopers on-duty.

The BSF has sought help of the state police and nongovernmental organisations for disposal of the cattle. But no positive response has come so far leaving the BSF in a typical situation.

Khurania mentioned, "Around 2,500 cattle have been lying at present at different BOPs after seizure. But we do not have the mechanism for the maintenance of seized cattle. It has created a challenge to us. We have been facing this problem for the last few months. Some NGOs have come forward."

He elaborated, "Still a satisfactory result is yet to be arrived at. We can only hope that the problem would be resolved. So far more than 500 cases on infiltration, exfiltration, cattle-smuggling and other crimes have been registered with the police by us in the last six months which is also higher than earlier."

Giving details of a new project in the South Bengal Frontier Khurania announced that a pilot project of CCTV installation in a BOP for a survey has been underway.