The incident occurred around 6 am, police said. 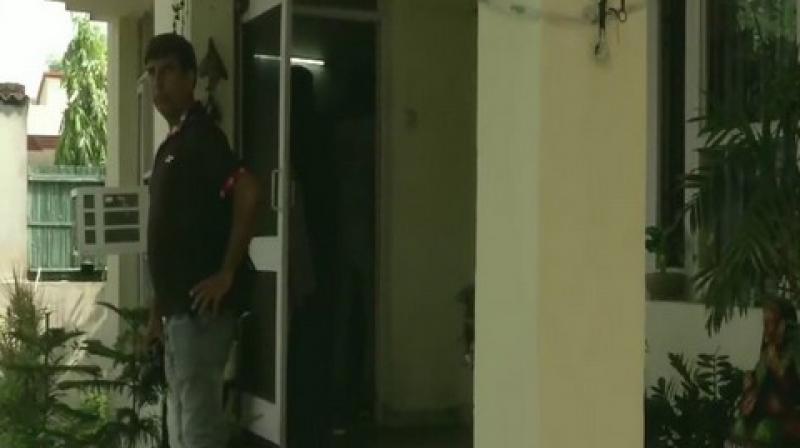 Police said there is a mention of a cop and one more person in the suicide note obtained from the IPS Kapoor's residence. (Photo: ANI)

Faridabad: A suicide note has been recovered from the residence of Faridabad Deputy Commissioner of Police (DCP), Vikram Kapoor, who allegedly shot himself dead with his service revolver here on Wednesday.

The incident occurred around 6 am, police said.

"With great sadness, it is to inform you that DCP of NIT Faridabad Vikram Kapoor has shot himself dead with his service revolver at his residence in Police Lines, Sector 30, Faridabad at 6:00 am," Faridabad Police Public Relation Officer, Sube Singh, said in a statement.

Police said there is a mention of a cop and one more person in the suicide note obtained from the IPS Kapoor's residence.

"A cop and one more person's name are mentioned in the suicide note obtained from Kapoor's residence. Police learned that he was being blackmailed for the past few days. The family has lodged a complaint about this too. An investigation into the matter is underway," the statement read.

Police will interrogate the cop and another person who is allegedly involved in the case.

During the suicide incident, the family was present in the house. As soon they heard the gunshot, all rushed to the room where they saw Kapoor lying down on the floor in a pool of blood.

According to retired officers and neighbours, Kapoor was a happy person, who never revealed his problems to them.

Police have seized the service revolver with which the officer shot himself dead.

The officer was survived by his wife and two sons.