Marathwada districts have received over 75 per cent of the average rainfall in this year though some talukas face water scarcity. 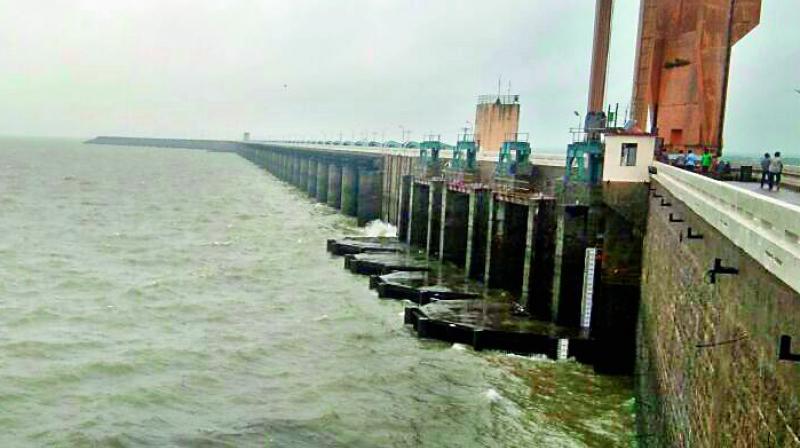 Aurangabad: Even as Marathwada is facing an overall monsoon deficit of over 20 per cent, the water storage level in the region’s largest dam has crossed 90 per cent for the first time in two years, The Indian Express reported.

By 3 pm on Tuesday, the Nath Sagar reservoir at the Jayakawdi dam was 90.86 per cent full which is mainly because of east-flowing waters from Nashik.

While the water level in the reservoir crossed 50 per cent just a week back, going from one-third to half full overnight as Nath Sagar received more than 2 lakh cusec from the upstream dams on the Godavari, inflow slowed down considerably over the past two days as river water level upstream receded alongside the break in the rain.

Marathwada districts have received over 75 per cent of the average rainfall for this time of the year though some talukas continue to face water scarcity.

The neighbouring Nashik division has received 120 per cent of its average for this time season.

The Water Resources Department said water is being released in a controlled manner through the barrages, after water was released earlier to flow into the Majalgaon dam in Beed district, which is among seven major dams in the region that are now at dead storage.

Some of these dams have very less water levels on account of continued drawing of water from dead storage.

Located in Paithan, the Jayakwadi dam across the Godavari is the main source of water supply for the region’s major industries in Aurangabad and Jalna, as well as to nearly 2.5 lakh hectares of farmland spread across the region.

The healthy reservoir level also mostly assures Aurangabad city’s water supply for most of the year until the next monsoon. Farmland in parts of Aurangabad, Jalna, Parbhani and Beed districts will get respite from monsoon deficit on account of release of water via Jayakwadi’s canal system.