India   All India  14 Aug 2019  Political leadership out of sight
India, All India

Political leadership out of sight

Except for a posse of security personnel loitering around, there is no activity whatsoever. 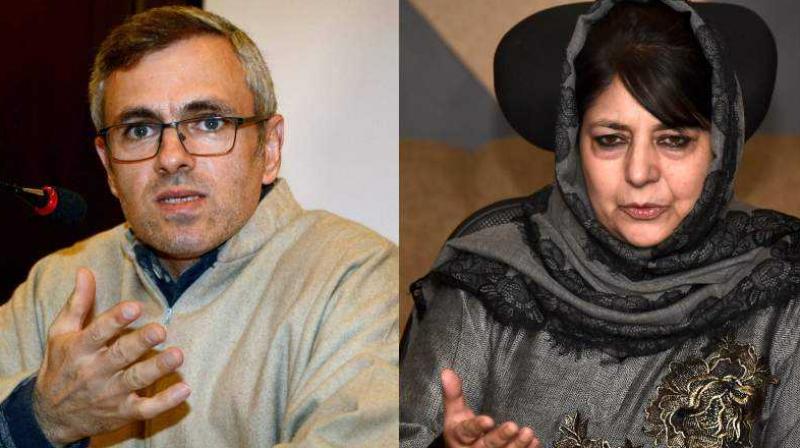 For the last nine days, all political leaders, including the former CMs, have been detained in different places, not allowed to come out or meet anyone. (Photo PTI/File)

Srinagar: The high security Gupkar road — which always used to be teeming with activity, now wears a deserted look. Except for a posse of security personnel loitering around, there is no activity whatsoever.

Till 48 hours ago, anther former chief minister Mehbooba Mufti was in the same bungalow but had to be shifted to another government accommodation in Chashmashahi — reportedly after she and Omar had an argument over the PDP-BJP alliance.

For the last nine days, all political leaders, including the former CMs, have been detained in different places, not allowed to come out or meet anyone.

This will be the first time that the Independence Day celebrations at the Sher-I-Kashmir cricket stadium  will be held in the absence of political leadership of the state as they continue to be in detention.

The absence of political leadership has clearly worked to the advantage of Jammu and Kashmir administration, which has  left no scope for them to issue any statements, meet party workers, media or go out among the people. “Extraordinary situations require extraordinary measures. They have been detained keeping in view the situation in the valley. At this time, if they are freed, it could cause unnecessary provocation and things can go out of control. We will assess the situation and then decide when to free them,” sources in the J&K administration told this newspaper.

Besides the former CMs, nearly 50 MLAs have been “put up” in Centaur hotel on the Boulevard road and all roads leading to the hotel have been sealed and heavily guarded, round-the-clock.

Similarly, J&K Peoples’s Conference leaders Sajjad Lone and Imran Ansari too have been detained and so is former civil servant topper Shah Faesal.