India   All India  14 Sep 2019  Amit Shah's 'one nation, one language' theory gets criticised by DMK
India, All India

Amit Shah's 'one nation, one language' theory gets criticised by DMK

Language had been a sensitive issue in TN with the anti-Hindi agitation led to the growth of Dravidian parties. 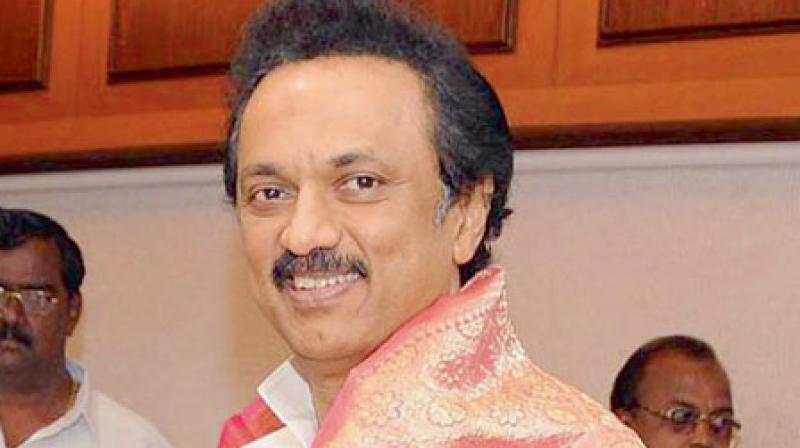 Chennai: Home Minister Amit Shah’s comment that Hindi can play a key role in ‘uniting the country’ has triggered reactions from various quarters in Tamil Nadu on Saturday. DMK’s M K Stalin demanded that the home minister take back his statement.

On Hindi Diwas, Shah, in a series of tweets said, “India is a country of different languages and every language has its own importance but it is very important to have a language of the whole country which should become the identity of India in the world. Today, if one language can do the work of tying the country to the door of unity, then it is the most spoken Hindi language.”

“Today, on the occasion of Hindi Day, I appeal to all the citizens of the country that we should increase the use of our mother tongue and also use the Hindi language as one language to realise the dreams of Bapu and iron man Sardar Patel. Happy Hindi Day,” he said.

Stalin instantly responded with, “We have been continuously waging protest against imposition of Hindi. Today’s remarks made by Amit Shah gave us a jolt, it will affect the unity of the country. We demand that he takes his statement back.” The DMK president added that the issue would be discussed at the executive meeting of his party the day after tomorrow.

Earlier, Tamil Nadu had opposed the draft national policy on education that called for the adoption of a three-language formula in schools — Hindi, English and the local mother tongue in non-Hindi states, Hindustan Times reported.

In the past, there  been protests over moves to have Hindi sign boards at bus stops and railway stations with parties calling it ‘Hindi imposition’ and ‘Hindi imperialism’

Language had always been a sensitive issue in Tamil Nadu with the anti-Hindi agitation of the 1960’s playing a crucial role in the growth of Dravidian parties in the state.