The company has denied the allegations and appealed the order. 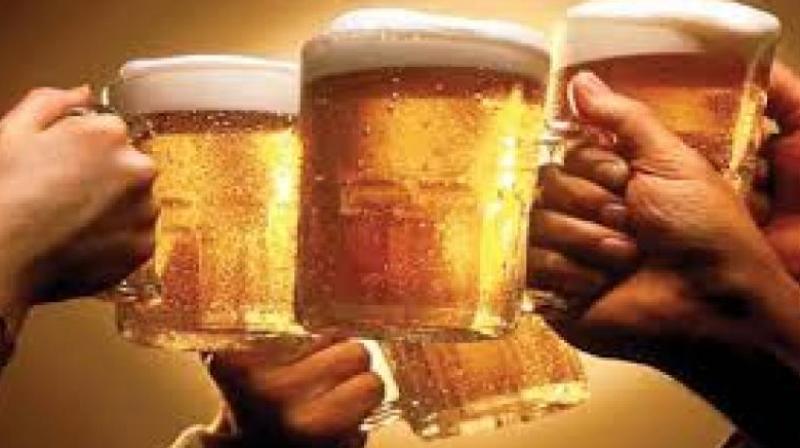 New Delhi: Delhi Police is probing a case of alleged tax evasion involving Anheuser-Busch InBev, according to a police officer and a document seen by Reuters, a setback for the brewer already battling a three-year city ban.

Local authorities barred AB InBev, the world's largest brewer, in July from selling its beer in the high profile New Delhi market for evading taxes. The company has denied the allegations and appealed the order.

The Delhi ban followed an investigation by city authorities which found that beer maker SABMiller - acquired by AB InBev in 2016 for around $100 billion - used duplicate barcodes on its beer bottles supplied to city retailers that year, allowing it to pay lower taxes.

The Delhi government's ban order had also called for further action against the company and a local bar outlet for alleged violation of criminal law provisions such as conspiracy, cheating and forgery.

A senior Delhi police official, Anant Kumar Gunjan, told Reuters that officers have launched an investigation into the case after receiving a request from the city government, a move that could potentially lead to criminal charges.

"We are investigating this, it is under inquiry," said Gunjan, adding that police would conduct its own probe before registering a formal case.

AB InBev told Reuters in a statement on Friday that it was aware of the "potential for an additional authority to take interest in allegations" raised in the Delhi government's ban order.

"It would not be appropriate to comment further at this time. We are committed to operating with integrity and high ethical standards," a spokesman said, adding that the allegations dated back to 2016, before its takeover of SABMiller.

News of the police investigation will add to the company's woes in New Delhi, where it is already arguing against the ban order with city authorities and in court. Separately, AB InBev is also battling an Indian antitrust watchdog investigation concerning alleged beer price-fixing by SABMiller and others.

"The ban only has a financial impact, the police case could be a much bigger headache for the company and can have wider ramifications," said Sandeep Chilana, a New Delhi-based lawyer specializing in taxation and liquor laws.

The Delhi administration made a written request to police authorities last month to register a case, according to a government document dated September 6, seen by Reuters on Friday.

"Considering the gravity of the offence, it is opined that even a harsher and exemplary punishment (than the ban) ... would have also been justified in this case," the document said.

AB InBev, which sells popular beer brands such as Budweiser and Hoegaarden, is the second biggest player in India's USD 7 billion beer market, accounting for a 17.5 per cent market share, according to research firm IWSR Drinks Market Analysis.