Kutumba Rao, however, asserted that he and his family rightfully owns the land and government's allegations were false. 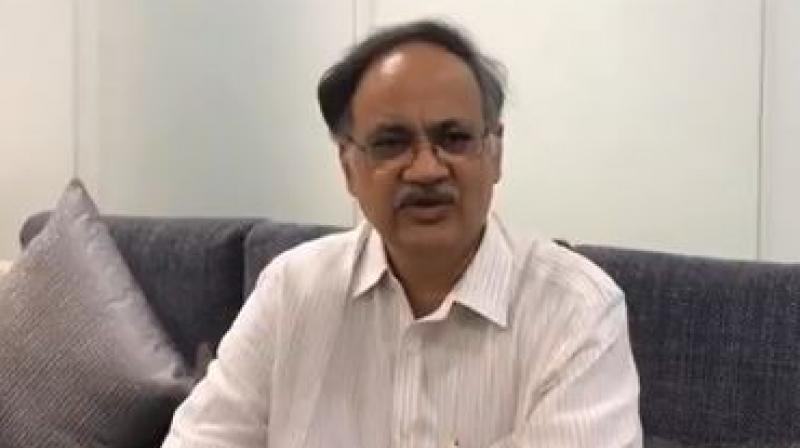 Rao has also called the matter a political vendetta by the ruling YSRCP government. (Photo: )

Vijaywada: Land worth over Rs 100 crore owned by the former AP Planning Board vice-chairman Cherukuri Kutumba Rao’s family was seized by the Krishna district revenue officials on Friday.

The 5.10 acres land located near the Madhuranagar railway station in the city was seized because the property was under the illegal possession, revenue officials explained.

The officials have alleged that Rao's family, who took the possession of land in 2018, gave the land on lease to the railway department and collected Rs 25 lakh, The News Indian Express.

On Friday, district joint collector (JC) Madhavi Latha inspected the land along with with the tahsildar and other officials around 2 pm and ordered to demolish the compound wall and the shed built on the land. Few erected signboards that said that the land belonged to the State government were razor downed too.

An inquiry that followed the complaint, lodged with Krishna district collector A Md Imtiaz during a recent Spandana grievance redressal programme, revealed that the land was under illegal possession.

Kutumba Rao, however, asserted that he and his family rightfully owns the land and government's allegations were false.

“This is nothing but false propaganda to damage my image. When the railways did not pay the compensation amount, we approached the High Court. Following our petition, the High Court gave judgment in our favour and directed the railways to hand over the land to us,” said Kutumba Rao.

Media reports suggested that the ownership dispute is decades old. According to revenue officials, the Kutumba Rao's family gave the land to the railways so that they don't lose ownership under the Urban Land (Ceiling and Regulation) Act (1976).

Rao has also called the matter a political vendetta by the ruling YSRCP government.

Chandrababu Naidu had also recently commented on the issue, telling reporters that “Railways had taken the land belonging to Rao’s brothers. As no compensation was paid, they filed a case in 1997 and the High Court as well as Supreme Court gave judgments on the issue...(Recently), the Railways filed another case and the SC gave status quo order on the issue. But, without issuing any legal notice, the state government set up boards at the land notwithstanding the status quo order,’’ he said.