‘Odd-even’ back in Delhi from November 4

During the 12-day scheme, vehicles will ply alternately on odd and even dates as per their registration numbers. 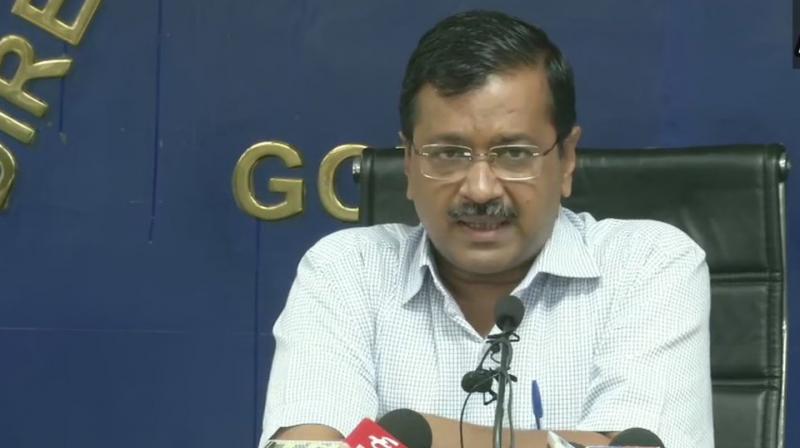 New Delhi: The Delhi government on Friday announced the return of the “odd-even” scheme in the national capital from November 4 to 15 as part of a seven-point “Parali Pradushan” action plan against pollution this winter. Delhi chief minister Arvind Kejriwal said the “odd-even” scheme was just an emergency measure that was being planned in advance, keeping in mind the high pollution that is likely in this period due to Diwali and the stubble burning in the neighbouring states.

During the 12-day scheme, vehicles will ply alternately on odd and even dates as per their registration numbers. In the earlier two experiments in January and April 2016, a fine of `2,000 was imposed on violators of the rule. Mr Kejriwal said the details of the scheme will be shared with people in the coming days. Two-wheelers and women drivers had earlier been exempted from the rule.

Asserting the efficacy of the “odd-even” scheme, Mr Kejriwal said studies had shown that it could reduce air pollution by 10-13 per cent. The scheme was criticised by some sections, including experts, on the ground that its effect on air quality was limited. “We will utilise our experiences of implementation of odd-even schemes twice in the past in Delhi,” he said, when asked about overcharging by cab aggregators after the scheme is implemented.

According to the graded response action plan (GRAP) devised by the Central Pollution Control Board, the “odd-even” scheme for private vehicles is implemented when the pollution level at “severe plus” category persists for 48 hours or more. The air pollution level in Delhi remains low for 11 months a year, but picks up in November due to the stubble burning in neighbouring states. A dense cloud of smoke covers Delhi, which then becomes a gas chamber.

Hours after Mr Kejriwal made the announcement, Union transport minister Nitin Gadkari said the move was not required in Delhi. “Now there is no such need (odd-even scheme) because the new Ring Road we have built is helping reduce pollution in Delhi to a certain extent. Besides, my ministry is pursuing road works of about `50,000 crores. The cleaning of the Yamuna and other works to curb pollution are under way,” he said, adding: “I think Delhi will be pollution free in two years’ time.”

The seven-point plan announced by Mr Kejriwal also includes the mass distribution of anti-pollution masks, mechanised sweeping and water sprinkling on roads, tree plantation, and special plans for 12 pollution hotspots across the city.

Mr Kejriwal said: “The Centre, and the governments in Punjab and Haryana, are making efforts to prevent crop burning and the Delhi government will extend all possible help to them.”

The burning of waste and garbage will be checked by the deployment of two “environmental marshals” in each ward. Besides, the government will engage RWAs and citizens in general to prevent the practice.

Also, a “Delhi Tree Challenge” campaign will be started by the government in which saplings will be home-delivered to people, he said.

A “war room” will be set up to deal with complaints on air pollution. Awareness will be created among children too and they will be roped in to motivate their parents to help in efforts to curb pollution, the chief minister added.