India   All India  14 Sep 2019  UP to repeal 4-decade-old law that made treasury pay their income tax
India, All India

The direction follows criticism of a law enacted in 1981 which ensures that state's CM and ministers don't pay any I-T themselves. 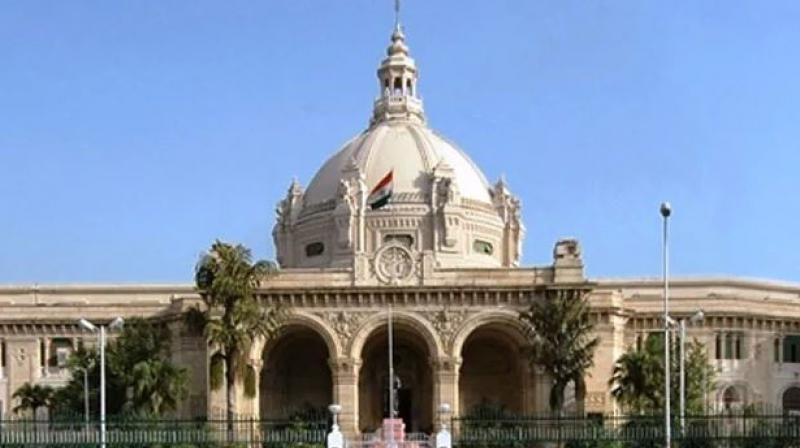 Late in the evening, the state government announced that the provision will be scrapped. (Photo: File)

Lucknow: The Uttar Pradesh government on Friday decided that ministers will start paying their own income tax, ending a four-decade-old practice of the state exchequer shelling out the amount annually for them.

The direction follows criticism in the media of a law enacted in 1981 which ensures that the state's chief minister and ministers don't pay any income tax themselves.

Instead, their share is shelled out by the state government under the Uttar Pradesh Ministers' Salaries, Allowances and Miscellaneous Act, 1981.

After a news report made this revelation, several politicians said they were not even aware of the provision in the UP Act.

Late in the evening, the state government announced that the provision will be scrapped.

"UP chief ministers and all ministers will pay their own income tax. The income tax bill till now was paid through the state treasury," Finance Minister Suresh Kumar Khanna said in a statement.

"The decision has been taken on the directives of Chief Minister Yogi Adityanath," he added.

The law, enacted when Vishwanath Pratap Singh was the chief minister, has been in force during the terms of 19 CMs and about 1,000 ministers so far.

A section of the Act says, "The salary referred to in sub-sections (1) and (2) shall be exclusive of the tax payable in respect of such salary (including perquisites) under any law relating to income tax for the time being in force, and such tax shall be borne by the state."

It was argued in 1981 that the state government should bear the income tax burden as most ministers were from poor backgrounds and had meagre incomes, a Congress leader and a colleague of the then chief minister V P Singh said.

But over the years, the state has been led by leaders like Bahujan Samaj Party chief Mayawati who is worth Rs. 111 crore as per her affidavit for the Rajya Sabha polls in 2012.

Another former chief minister, Samajwadi Party president Akhilesh Yadav, owns assets worth over Rs 37 crore together with his wife Dimple, according to the affidavit filed for the recent Lok Sabha polls.

According to the affidavit submitted for the Legislative Council elections in 2017, Chief Minister Yogi Adityanath's assets total Rs 95,98,053.

Hours before the government's decision to end the practice, Uttar Pradesh Power Minister Shrikant Sharma confirmed the existence of the 40-year-old provision in law.

He said the government will look into any suggestion in the future on the issue.

"The salaries have gone up several times and there appears to be no relevance for this relaxation. It needs reconsideration and withdrawal," Punia, who was principal secretary to Mayawati when she was chief minister, said.

Many like BSP leader and former UP finance minister Lalji Verma said they were not aware of the law. Mr Verma said as far he remembers he used to pay his own taxes.

Earlier in the day, the state's Law Minister Brijesh Pathak said he will be in a position to speak on the issue only after getting it verified from his officials.

Social activist Anil Kumar said the news was a shocker for the common man who pays large sums in taxes.

"Why should he bear the burden of those who have all the benefits. Like all of us, they should also pay for themselves instead of putting an extra burden on us," Kumar said.