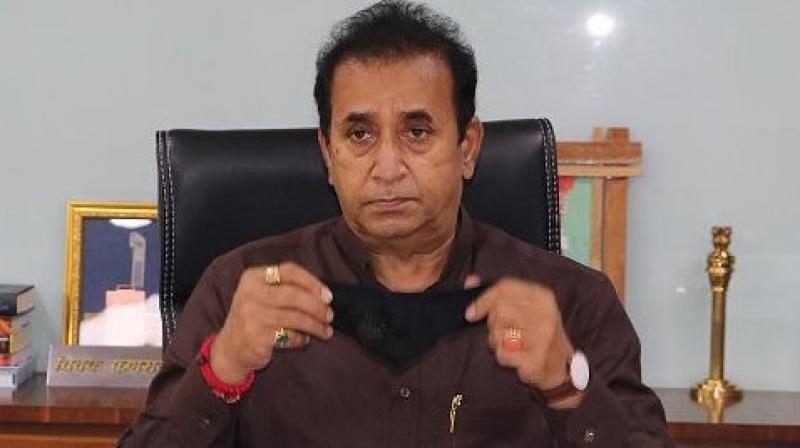 Mumbai: The Enforcement Directorate has sought the CBI’s help to trace former Maharashtra home minister Anil Deshmukh. The ED had last week issued a lookout notice against Mr Deshmukh after he failed to appear before the agency even after five summonses were issued to him.

The ED wants to question the former home minister over a money-laundering case filed with it. Mr Deshmukh is, however, untraceable and he has not only skipped the summonses issued by the agency but also stated that he will not appear before it until he exhausts all the remedies available in the law.

Mr Deshmukh challenged the summons issued by the Supreme Court, but the court had dismissed his plea and had directed him to approach the appropriate forum. Following this, Mr Deshmukh approached the Bombay high court under the CrPC. Through his lawyer, Mr Deshmukh had also informed the ED that he would not appear before the agency as his plea was pending before the court.

Meanwhile, the BJP has asked the NCP to disclose Mr Deshmukh’s whereabouts. “Deshmukh is one of the top leaders of the NCP, which controls the state home department. Maharashtra home minister Dilip Walse-Patil and Mumbai police commissioner Hemant Nagrale must be aware of Mr Deshmukh’s whereabouts. They must tell the agencies about it,” BJP leader Pravin Darekar said.

The ED has filed the case on the basis of an FIR registered by the CBI. The CBI registered a case of corruption against Mr Deshmukh after the Bombay high court had directed it to conduct a preliminary inquiry against Mr Deshmukh on the basis of allegations levelled against him by former Mumbai police commissioner Param Bir Singh. Mr Singh had alleged that Mr Deshmukh had directed now dismissed API Sachin Waze to collect Rs. 100 crores every month from hotels and bars in Mumbai.

The CBI has claimed it was revealed during the probe that Waze had collected more than Rs. 4 crores t the behest of Mr Deshmukh. While Mr Deshmukh is untraceable, the CBI last week arrested his lawyer Anand Daga and CBI inspector Abhishek Tiwari. Tiwari was arrested for his alleged role in the “manipulation” of the preliminary inquiry against Mr Deshmukh in connection with the extortion case. The CBI had told the court that the two were arrested after a conversation ensued and evidence was found.

Tiwari was also accused of leaking the investigation report against Anil Deshmukh. On the basis of that leaked report, the news of Anil Deshmukh’s innocence was widely spread.