Uttarakhand has a 345 km-long border with China, most of which remains inaccessible. 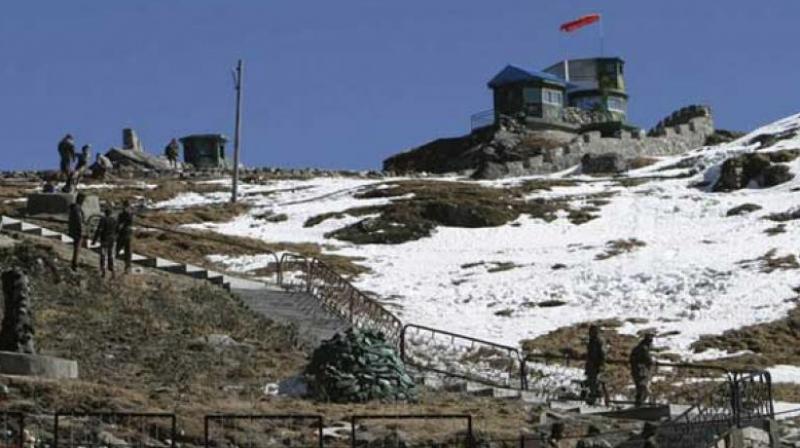 The decision, taken by the Army’s top commanders at their ongoing biannual meet, keeps in view the road and rail links the Chinese are building across the border. (Photo: Twitter | ANI)

New Delhi: With China ramping up its infrastructure in Tibet towards the Indian border at breakneck speed, and with the recent Doklam standoff on their mind, the Army has decided to boost infrastructure along the nearly 4,000 km long India-China border, including around areas of dispute.

Lt. Gen. Vijay Singh, director general staff duties, briefing reporters on the Army Commanders’ Conference, said that the Army has decided to allot Rs 72 crore a year to the Border Roads Organisation (BRO) to build four key roads that link up to lofty Himalayan passes which open up to Tibet.

These roads — connecting to Niti, Lipulekh, Thangla-1 and Tsangchokla passes, all of which are in Uttarakhand, near the Line of Actual Control (LAC), the de-facto border between India and China — will be completed by 2020, taking the estimated expenditure to `200 crore in three years.

The decision, taken by the Army’s top commanders at their ongoing biannual meet, keeps in view the road and rail links the Chinese are building across the border.

For example, a road link in the next three years to the 5,068-metre high Niti Pass will pre-empt a Chinese rail link project to Burang (Purang) near the LAC in the next 14 years. Road building in Uttarakhand by BRO has been painfully slow.

Uttarakhand has a 345 km-long border with China, most of which remains inaccessible. The lack of infrastructure development is also due to a conscious Indian policy in the recent past of not developing its borders with China so as to create a buffer area.

In his address at the week-long conference that began in Delhi on Monday, Chief of Army Staff General Bipin Rawat asked the commanders to be prepared for all eventualities at “all times”, while defence minister Nirmala Sitharaman emphasised the need to guard against “inimical forces”.

Lt. Gen. Singh also said that a roadmap for intra sector connectivity within the central sector and inter-sector connectivity with neigbhouring areas were discussed at the meet. He said the commanders also examined organisational changes of some of the formations to enhance existing capability, indicating that the Army leadership was looking at bolstering its current operational preparedness to meet any contingencies.

Gen Singh said implementation of cadre review of JCOs and 0R resulting in 1.45.5137 additional promotional vacancies will be the top priority of the Army.

Over the next two days, the commanders will discuss a number of issues relating human resources which include promotion of eligible officers to the rank of Lieutenant General.

In her address, Ms Sitharaman lauded the swift and effective response of the Army in dealing with external and internal threats, and emphasised “the need to guard against inimical forces and talked about the need for jointness and integration of all the services in effectively dealing with emerging challenges.”