PM Modi, during his visit to Kuala Lumpur in May, had offered Malaysia's Premier Mahathir Mohamad collaboration on the Aadhaar initiative. 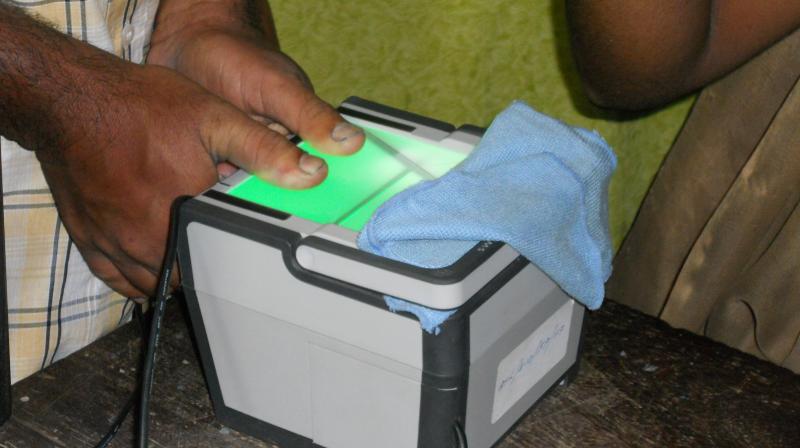 The Malaysian delegation met ministers and officials in India and explored whether certain features of the Aadhaar system can be adopted in Malaysia. (Photo: File)

Prime Minister Narendra Modi, during his visit to Kuala Lumpur in May, offered Malaysia's Premier Mahathir Mohamad collaboration on matters in which India has expertise, including the Aadhaar initiative, Malaysia's Minister of Human Resources M Kula Segaran told PTI.

With the Malaysian Cabinet agreeing to the collaboration, Kula Segaran led a delegation comprising officers of the country's central bank, the finance ministry, the economic affairs ministry, and human resources ministry, to India last week.

The delegation met ministers and officials here and explored whether certain features of the Aadhaar system can be adopted in Malaysia.

"We met UIDAI (Unique Identification Authority of India) CEO Ajay Bhushan Pandey... We have identity cards (known as MyKad), but with the (introduction of an Aadhaar-like) system, the primary aim is to avoid duplicity of payments and fraud and to target specific groups," Kula Segaran said.

Here I was briefed on Aadhaar System, Visa, Training for Entreprenuership (specialist in entreprenuership under the scope of HRDF) near Gujarat, Pravasi in Varnarasi in Jan 2019. pic.twitter.com/oggOTIZM3i

Asked if Malaysia was exploring if it can link identity cards to bank accounts like in the Aadhaar system for target delivery of welfare schemes and subsidies, he answered in the affirmative.

Replying to a query on whether Malaysia could face problems of opposition of the people over privacy concerns just like India did, Kula Segaran said there was such a possibility and work was on to identify what would be a "workable" format to adopt from India.

He, however, said that there should not be much of a problem in Malaysia as identity cards with personal information have been there for decades.

"You put my ID card number, you will get my details, where I was born, who is my mother, who is my father," he said, adding that the issue that needs to be addressed in Malaysia is the target delivery of welfare schemes and government subsidies.

"Now, we have fuel subsidy in my country. Everybody gets fuel subsidy. We want to target certain groups and give it to them, not to others. We have different groups like B40 -- those who earn a household income of less than 3,990 Malaysian ringgit," Kula Segaran said.

The other intention is to make the delivery of subsidies cashless, he said. "Right now we send cheques or we give cash. No need of that if you follow the Aadhaar system, and it comes directly into your account," he said.

There are multiple subsidies provided by the Malaysian government such as fuel, low-income group, single mother, etc for which it will be useful, he added.

India recently witnessed an acrimonious debate over Aadhaar's merits and demerits. A five-judge constitution bench of the Supreme Court last month while quashing some contentious provisions of the Aadhaar Act, held that Aadhaar would remain compulsory for filing of Income Tax returns, allotment of Permanent Account Number and for availing facilities of welfare schemes and government subsidies.