The former pilot said that a representation will be made to the Civil Aviation minister on completion of the petition process. 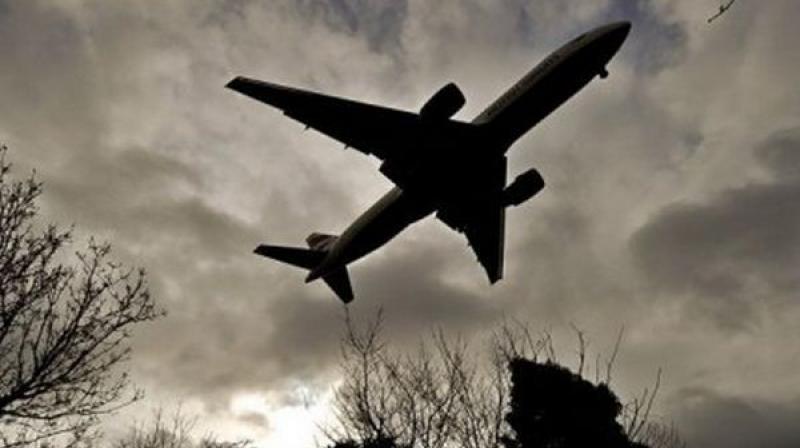 The DGCA officials said that lapses, even the minor ones, cannot be ignored as it involves lives of several people. (Photo: AFP/File)

New Delhi: A group of pilots are preparing a petition to be presented to the minister of civil aviation against suspension of pilots even for minor lapses.

The petition, that has been currently signed by about 3000 persons on the website Change.org, was initiated by former pilot Capt. Amit Singh. It demands establishing a safety culture by removing the “sweeping powers” of the Director General of Civil Aviation for the pilot’s suspension. Pilots feel there should be a measured response to less serious contraventions of the safety rules and there should be procedures which may involve counselling and training rather than criminal prosecution or suspension or cancellation of licences of pilots for error.

However, the DGCA officials said that lapses, even the minor ones, cannot be ignored as it involves lives of several people. They said action taken against the pilots is as per rules and punishment is given after proper investigations. Officials added that the pilots are given enough opportunity to defend themselves.

“Law provides enough safeguards against miscarriage of justice. There is a two layered Appeal process, which reviews the original order and can suitably alter if not proper. Thereafter, the law courts can be approached. So a complete structure is available and can be used for redressal,” said a senior official from DGCA office.

The petition says that in 2019, over 40 pilots in India have been suspended for a period of 6-12 months under Aircraft Rules 1937, rule 19(3). These do not include those who tested positive to alcohol consumption while reporting for duty.

“This brazen action (of suspension) has been taken without conducting and disclosing an investigation from a human factor point of view which aims to determine the root causes,” the petition said.

It added that while the state is bound by the Civil Aviation Rules (CAR) to promote a safety culture, the rule 19(3) gives sweeping power to the DGCA to suspend any licence if the Central government is satisfied that there is sufficient ground for doing so for any period of time. The petition demanded that Aircraft Rule 19(3) must be redrafted to include the tenets of just culture in aviation. It also demanded that in case the preliminary investigation is not complete and disclosed, the maximum period of suspension must be limited to 90 days.

In response to queries from this paper, Capt. Amit Singh said the reason to take the C route is to create awareness and channelise the frustration and angst of the affected individuals.

”First, as highlighted in the petition, the Aircraft Rule 1937 is not in consonance with the spirit and rule as mandated by the ICAO and adopted by DGCA in their State Safety Policy and Civil Aviation Regulations. Second, the DGCA procedures for investigating and followup action as per enforcement manual has not been followed. The suspension is the harshest measure and taken in the event of willful neglect and deliberate action. DGCA has neither followed their own procedures and have taken action arbitrarily. The appeal process has not been followed. The timeline for completing an investigation of a runway overrun is 30 days as per the regulations. As per the timeline, the case should have been closed with the final investigation report. The appeal has to be submitted within 30 days and further escalated within 60 days,” Capt Amit Singh said.

The former pilot said that a representation will be made to the Civil Aviation minister on completion of the petition process.