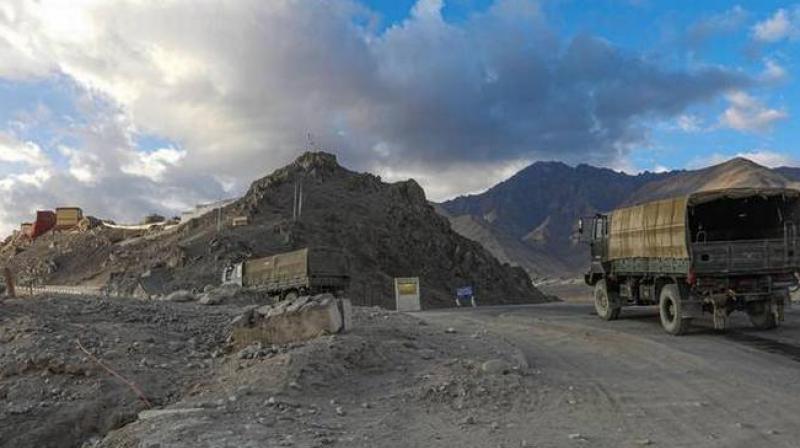 New Delhi: The Indian and Chinese armies said in a joint statement on Tuesday that Monday’s military talks at the corps commander level between India and China was “positive and constructive”, and both sides agreed to earnestly implement the understanding by their leaders to not turn differences into disputes, and jointly safeguard peace and tranquillity in the border areas.

It said both agreed to maintain dialogue and communications through military and diplomatic channels and arrive at a mutually acceptable solution for disengagement as soon as possible.

“The two sides had a sincere, in-depth and constructive exchange of views on disengagement along the Line of Actual Control in the western sector of India-China border areas. They were of the view that these discussions were positive, constructive and had enhanced understanding of each other’s positions,” said the joint press release issued Tuesday. “Both sides agreed to earnestly implement the important understandings reached by the leaders of the two countries, not to turn differences into disputes, and jointly safeguard peace and tranquillity in border areas,” it added.

The military standoff between India and China in eastern Ladakh has now entered its sixth month, where for the first time in 45 years guns were used and shots had been fired.

The Chinese government has, meanwhile, objected to defence minister Rajnath Singh’s “virtual” inauguration of 44 major permanent bridges in border areas on Monday, including 10 strategic bridges in Jammu and Kashmir and eight in Ladakh. The Chinese foreign ministry said “neither side should take any action in the area to complicate the situation and China opposes any infrastructure construction for military monitoring and control”.

At the corps commanders’ meeting at Chushul, on the Indian side of the Line of Actual Control, India again insisted that China withdraw its troops from all friction points in eastern Ladakh, and restore the status quo ante of April 2020 in Pangong Tso and Gogra Post-Hot Springs. The Chinese Army has also been preventing Indian patrols in the Depsang sector. India has made it clear that since it was China which had first transgressed, the PLA will have to make the first disengagement move.

Both sides seem prepared to keep their armies at these high-altitude mountains during the winter when the temperatures dip way below zero degrees and bone-chilling winds make survival extremely difficult.

This was the last meeting under 14 Corps commander Lt. Gen. Harinder Singh who will take charge as Commandant of the Indian Military Academy later this month.

In the last corps commanders’ meeting, both sides had agreed to stop sending more troops to the frontline, refrain from unilaterally changing the situation on the ground, and avoid taking any action that might complicate the situation.