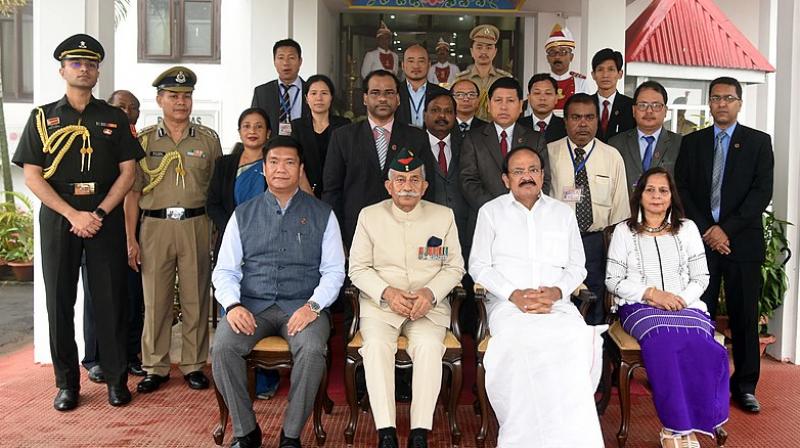 New Delhi: India on Wednesday rejected Chinese criticism of the recent visit of Vice-President M. Venkaiah Naidu to Arunachal  Pradesh, stating that Beijing's “objections to the visit of Indian leaders to a state of India does not stand to reason and understanding of the Indian people”. New Delhi also accused China of trying to unilaterally alter the status quo at the Line of Actual Control (LAC) in the Ladakh sector, and asked Beijing to work towards military disengagement at all points in that sector. Beijing on the other hand said it has never recognised Arunachal Pradesh and termed its establishment as an illegal, unilateral move of India, asking New Delhi not to “complicate and expand the boundary issue”.

China regards 90,000 sq km of Arunachal Pradesh as its own and refers to the region as “South Tibet”. Vice-President M. Nenkaiah Naidu had visited Arunachal Pradesh on October 9 and addressed a Special Session of the State Assembly there. China has routinely objected to the visit of India’s leaders to Arunachal which New Delhi regards as an integral and inalienable part of India.