According to sources in the basic education department, text books will have a saffron cover because the colour encourages a positive energy. 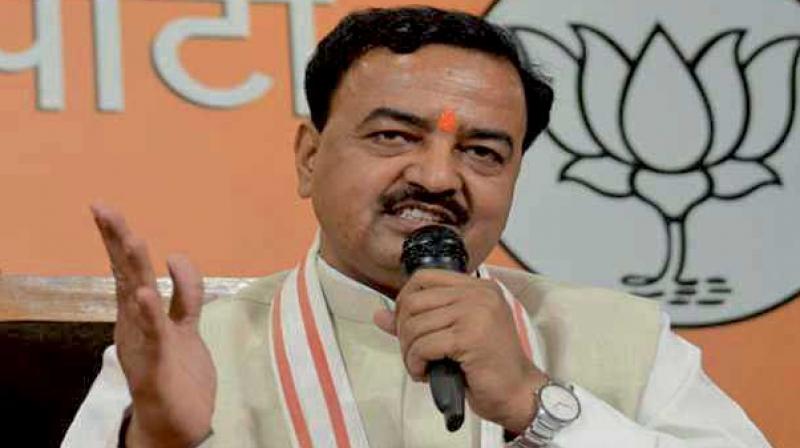 Lucknow: After painting buses, electric poles, schoolbags, chief minister’s office and its furniture and upholstery and the government diary in hues of saffron, the Yogi government in Uttar Pradesh is now making the cover pages of all primary school textbooks saffron.

According to sources in the basic education department, text books will have a saffron cover because the colour encourages a positive energy.

“It has been scientifically proven that saffron colour promotes positive energy and therefore, we are getting saffron covers for all books in the primary schools. The slogan of ‘Padhega Pradesh to Badhega Pradesh’ is being altered to ‘Padhega bachcha to badhega bachcha,” said a senior official. The changes will come into effect from the next academic session and all books up to class 8 that are distributed free to school children will have saffron covers and the beneficiaries will be around 24 million school children in government schools.

While officials in the basic education department refused to give an official statement on the matter, BJP spokesman Rakesh Tripathi said, “If there is a proposal to this effect, there is nothing wrong in it. The saffron colour is said to promote positive energy and if the children are benefiting from this, everyone should appreciate the effort.”

Interestingly, the Adityanath government has been “saffronising” the state with a vengeance.

As soon as he took over as chief minister, the towels placed on his chair were dyed saffron. The flower used for decorations in government functions are saffron marigolds and the tents and furniture is also saffron.

A new fleet of buses launched recently were in saffron cooler and electricity poles are also being painted in the same colour.

The official government diary and the chief minister’s office is also saffron in colour and deputy chief minister Keshav Maurya recently told reporters that all road signages and billboards will also be saffron.