The incident took place around 9 am at Bijapur Ghati, located around 7 km from Bijapur town. 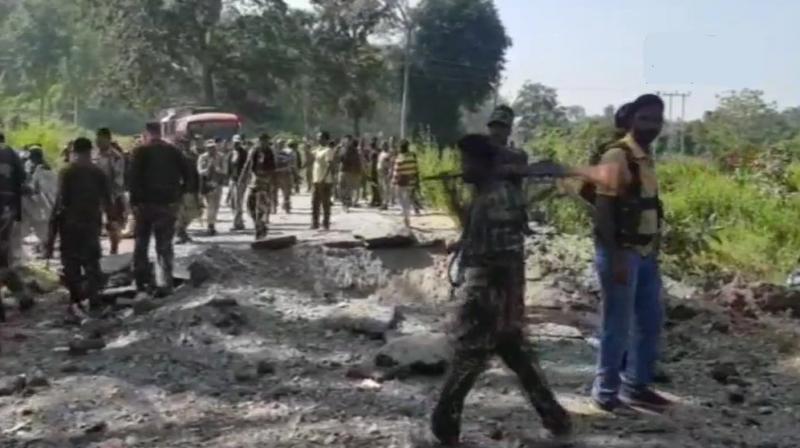 All injured have been admitted to a hospital in Bijapur. (Photo: Twitter | ANI)

Raipur: Five security personnel, including 4 BSF jawans, and a civilian were injured after Naxals blew up a truck with an IED in Bijapur district of Chhattisgarh on Wednesday.

All injured were shifted to a local hospital in Bijapur, P Sundarraj added.

Bijapur was among the 18 constituencies that voted in the first phase of the assembly elections in Chhattisgarh on Monday.