No less than 10 lakh people have visited the village so far to worship the tree, the police said. 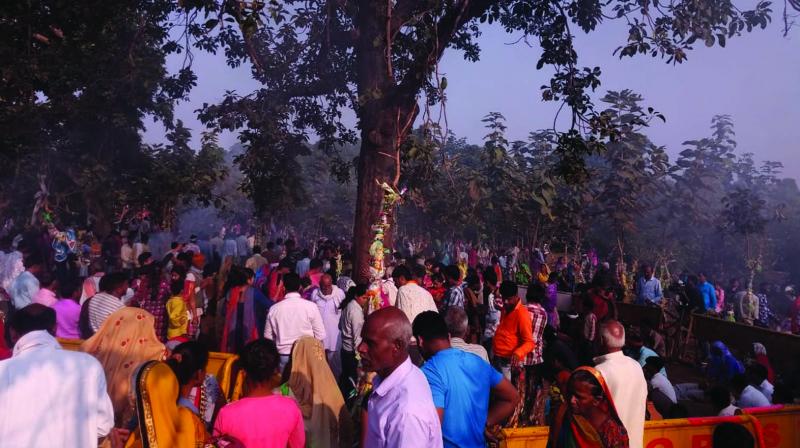 Bhopal: A core area in Satpura Tiger Reserve in MP’s Hosangabad district on Wednesday turned into a battlefield when a swelling crowd grew restless to touch a “miracle healer tree”— a ‘Mahua’ tree — believed to be curing sick people, and attacked the police deployed in the area. Eleven cops were injured in the scuffle.

Hundreds of people drawn from various parts of MP thronged the forested village of Nayagaon to worship the “miracle” tree, leading to a stampede-like situation there.

They turned violent when the police tried to push them away to control the situation. The irate mob then pelted stones at the police, injuries 11 personnel.

According to him, the tree has been attracting people from within MP and outside for the last three months after “rumours” that it has power to heal even terminally ill spread like wildfire in the area.

No less than 10 lakh people have visited the village so far to worship the tree, the police said.

The reserves sub-divisional officer said people were seen carrying the infirm and old pati-ents with IV drips tied to them to the tree with the hope of getting them cured.

“A woman who suffered brain haemorrhage was discharged from a hospital in Bhopal and brought to the village in a stretcher by her relatives so that she could touch the tree,” he said.

A senior forest officer deployed in Satpura Tiger Reserve (STR) told this newspaper that a local farmer, identified as Roop Kumar Singh, was the brain behind the “miracle tree”.

The farmer was heard saying in a video shot by a guard of the STR that he was drawn to the tree when he was passing by it three months ago and then got his limping leg cured when he came in touch with it.

He, however, went underground when local forest officers raided his house to arrest him for spreading the rumour.