The Prince of Wales, who will turn 71 on Thursday, will celebrate his birthday in Mumbai. 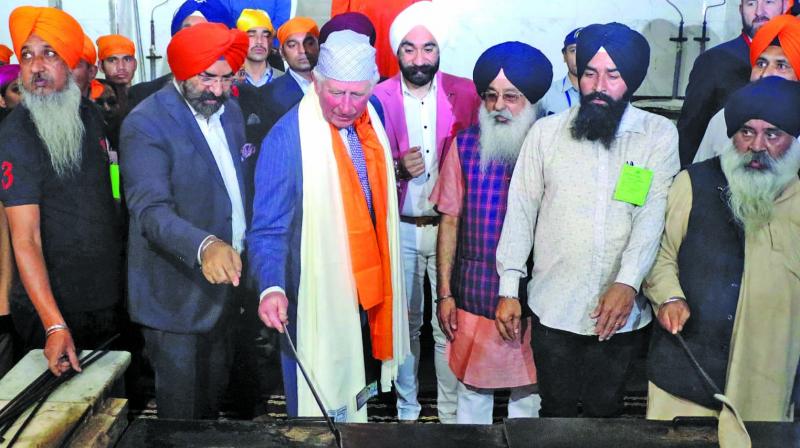 New Delhi: Heir to the British throne Prince Charles met President Ram Nath Kovind at Rashtrapati Bhawan on Wednesday during the two-day visit of the Prince of Wales to India.

The Prince of Wales, who will turn 71 on Thursday, will celebrate his birthday in Mumbai.

The British High Commission said, “The Prince planted a Champa sapling — which has several uses in Ayurveda — in the Herbal Garden of Rashtrapati Bhavan. He showed a keen interest in India’s alternative model of healthcare. The President thanked The Prince of Wales for his support for Ayurveda research.”

“India and Britain share an incredible #LivingBridge and are making great strides working together as a #ForceforGood addressing global challenges,” it added.

As Delhi gasped under a toxic smog during the visit of the Prince of Wales, the British High Commission tweeted, “India and Britain are a #ForceforGood in tackling #ClimateChange and are together building a greener, cleaner and more sustainable environment.” It added, “The Prince meets Yuvraj Sarda of @SUN_mobility and hears about their innovative designs for e-vehicle battery swapping stations.”