India   All India  14 Dec 2018  Had alliance with BJP knowing it will be suicidal: PDP chief Mehbooba Mufti
India, All India

Had alliance with BJP knowing it will be suicidal: PDP chief Mehbooba Mufti

Mufti said when PDP entered into tie-up with BJP to form government in J&K, it was expected that PM Modi will reach out to Pakistan. 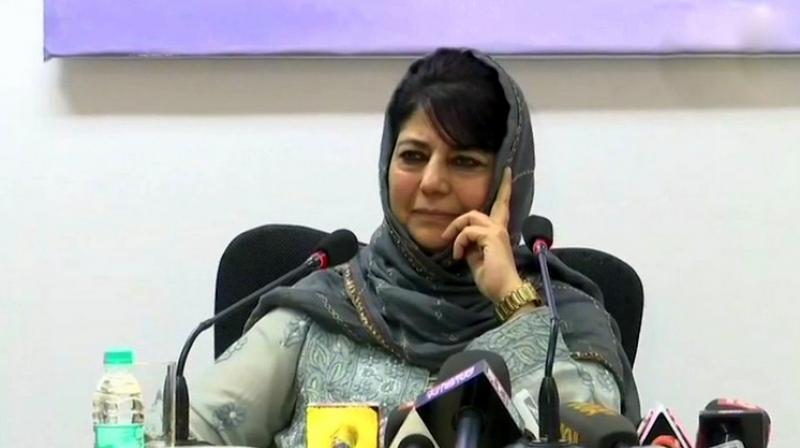 Mumbai: Former Jammu and Kashmir chief minister Mehbooba Mufti on Friday said her People's Democratic Party (PDP) had an alliance with the BJP knowing it will be 'suicidal'.

When her party entered into a tie-up with the BJP to form government in J&K, it was expected that Prime Minister Narendra Modi will reach out to Pakistan, she said.

"We knew it (alliance with the BJP) was suicidal for the party. Yet we put everything at stake. For a party which is seen as one that encourages talks with separatists, we thought (PM) Modi will rise to the occasion and since (former PM Atal Bihari) Vajpayee did not have that kind of a mandate, we thought he will reach out to Pakistan, to the people of J&K and start what Vajpayee had left," she said.

When Vajpayee was the prime minister and her father was chief minister of J&K, the message which went out was both the Centre and the state government were on the same page and the 2002-2005 period became the "golden period", she said.

The PDP ensured a crowd of 30,000 when the Prime Minister was invited to the Kashmir valley but he did not rise to the occasion, she said, speaking at an event organised by the Observer Research Foundation.

"(PM) Modi had the mandate which Vajpayee did not. While forging an alliance with the BJP, we had thought if he (PM Modi) could solve Kashmir's woes, we did not mind if that meant an end of PDP. We took disillusionment (of people) on us for this purpose," Mufti said.

She said countries in the South Asian Association for Regional Cooperation (SAARC) are being held hostage to the dispute between India and Pakistan. The countries in the regional grouping should come together and make Jammu and Kashmir a model of cooperation, the PDP chief said.

The need today is to make borders irrelevant, she said.