Both the news anchor and her colleague were reportedly inebriated at time of incident, an official said. 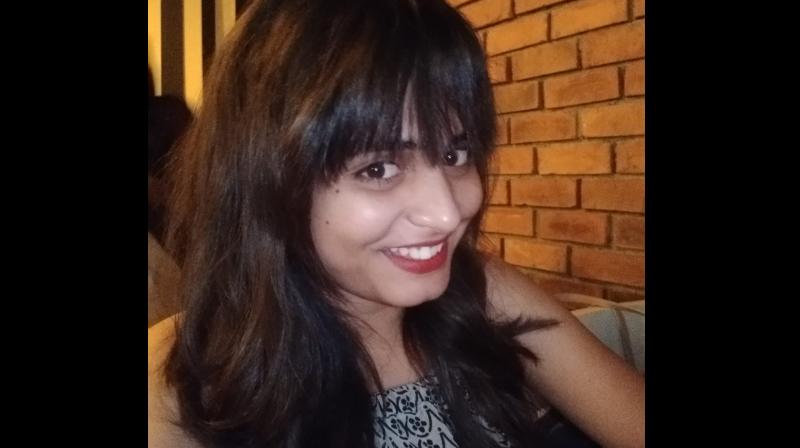 Radhika Kaushik, who hailed from Rajasthan, was in her house in the Antrikh Forest Apartments in Sector 77 with a colleague when the incident occurred around 3.30 AM, police said. (Photo: Facebook Screengrab | Radhika Kaushik)

Noida: A news anchor with a private television channel died allegedly after she fell off the balcony of her fourth-floor apartment in Noida early on Friday, with her family suspecting foul play.

Radhika Kaushik, who hailed from Rajasthan, was in her house in the Antrikh Forest Apartments in Sector 77 with a colleague when the incident occurred around 3.30 AM, police said.

A case has been registered under Indian Penal Code section 302 (murder) on a complaint by the family of Kaushik, and the colleague has been detained for questioning, Sector 49 police station house officer Girija Shankar Tripathi said. Both Kaushik and her colleague in Zee Rajasthan were reportedly inebriated at the time of the incident, an official said, adding liquor bottles were recovered from the house where a party was held Thursday night.

"The security guard of the building had alerted the police at Sector 49 police station about the incident. The colleague has told police that he had gone to her house for dinner when she accidentally toppled over the railing in the balcony of the flat," the official, who did not wish to be named, told PTI.

"The railing in the balcony is of low-height," the official said.

"We are probing the cause of death," the SHO said, adding the body has been sent for post-mortem and the report is awaited.