New Delhi had also been concerned about hostile violent protests by people of Pakistani origin in Britain. 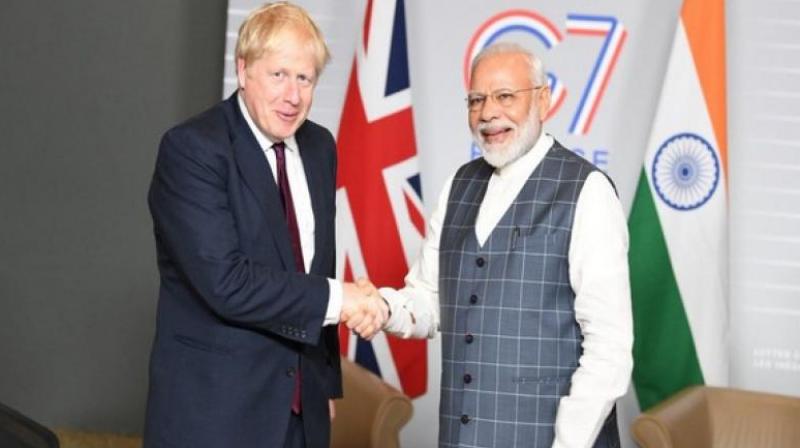 New Delhi: The victory of the Conservative Party led by Prime Minister Boris Johnson in the UK has come as a major relief for India after sections of the Opposition Labour Party, including its leader Jeremy Corbyn, were seen to have taken a pro-Pakistan position on the Kashmir issue before the British elections. New Delhi was swift to congratulate the British Prime Minister. “Many congratulations to PM @Boris Johnson for his return with a thumping majority. I wish him the best and look forward to working together for closer India-UK ties,” Prime Minister Narendra Modi tweeted.

It may be recalled that in September this year, the MEA had said, “The (Indian) government has noted certain developments at the Labour Party Conference (in UK) on September 25 pertaining to the Indian state of Jammu & Kashmir. We regret the uninformed and unfounded positions taken at this event. Clearly, this is an attempt at pandering to vote-bank interests. There is no question of engaging with the Labour Party or its representatives on this issue.”

The Labour Party’s position on Kashmir had infuriated large sections of the British-Indian diaspora who then threatened to vote against the Labour Party and in favour of the Conservatives. Seizing the opportunity, British PM Boris Johnson also went all out to secure the British-Indian vote by visiting Hindu temples in Britain and endearing himself to the community.

In contrast, it was reported that almost the entire Pakistani-origin community in Britain as well as those hailing from Pakistan-occupied Kashmir (PoK) were set to vote in favour of the Labour Party.

New Delhi had also been concerned about hostile violent protests by people of Pakistani origin in Britain that targeted the Indian high commission and New Delhi had also taken up the matter with Britain several weeks ago.