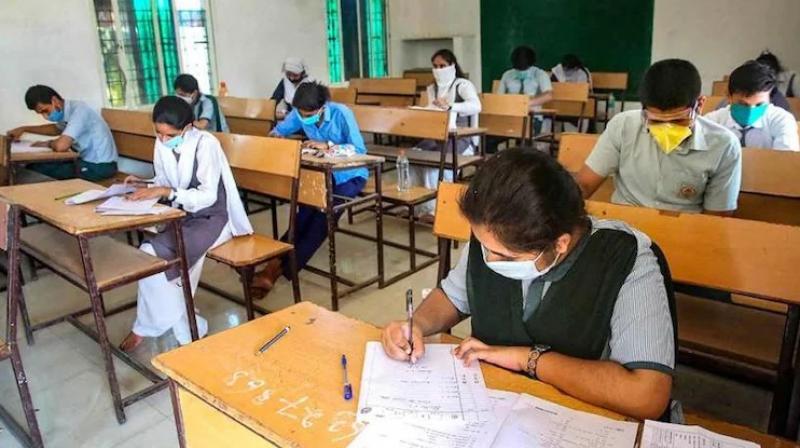 The board also announced setting up of an expert committee to strengthen and review its question paper setting process. (Photo: PTI)

New Delhi: The Central Board of Secondary Education (CBSE) on Tuesday warned students against a fake audio circulating on social media claiming that due to an error in class 12 accountancy paper grace marks will be given to students.

"It has been brought to the notice of the board that fake reports allegedly quoting an audio message in the name of Controller of Examination, CBSE are being circulated claiming that due to an error in class 12 accountancy term-1 paper held on December 13 up to 06 grace marks will be given," the board said in an official statement.

"The contents in news reports published are totally baseless and false. None of the reporters has spoken to the Controller of Examination, CBSE in this regard and the board has not taken any such decision. CBSE, therefore, warns the public not to fall prey to such unverified news in their own interest," it added.

In the purported audio message, the controller was saying, "Don't worry students, if you attempt 28 to 31 questions correctly, you will score around 38 marks. CBSE will award grace marks up to six to the students".

The development came a day after CBSE decided to award full marks to all students for accompanying questions of a comprehension passage which was dropped following outrage over the board allegedly supporting gender stereotyping and regressive norms.

The board also announced setting up of an expert committee to strengthen and review its question paper setting process to avoid such occurrences in the future.