While the BSF is the country’s largest border guarding force with a strength of about 2.5 lakh, the ITBP has about 90,000 personnel. 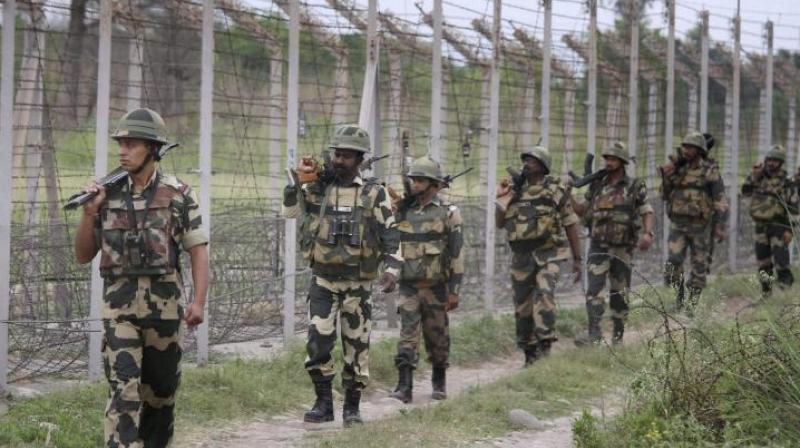 New Delhi: The government is planning to raise 15 new battalions, comprising about 1,000 jawans and officers, of the BSF and the ITBP to fortify frontiers with Pakistan, Bangladesh and China.

A senior official in the Union home ministry said that the government is “actively considering” a proposal on raising six fresh battalions in the Border Security Force (BSF) and nine in the Indo-Tibetan Border Police (ITBP).

Sources in the BSF said that the force had sought sanctioning of new units for augmenting deployment in Assam and West Bengal flanks of the Indo-Bangladesh border and Punjab and Jammu regions of the Indo-Pak border.

“The exact locations for the new battalions could be gauged as and when they are raised but a few areas along Bangladesh and Pakistan will remain a priority owing to their vulnerability to infiltration, drugs smuggling, human trafficking and illegal migration,” a senior BSF officer said.

Due to the frequent instances of transgression and confrontation involving the Chinese Army at the Line of Actual Control (LAC), the ITBP wants to enhance its presence along the 3,488-km long icy frontier.

“The original projection was to have 12 fresh battalions for the ITBP but the force requires nine such units in the near future,” a senior ITBP officer said.

The force had recently got sanction to set up at least 47 new border outposts.

While most of the outposts of the ITBP are in highly arduous terrain and it is difficult and time-taking to reach them, many of the BSF locations at the two borders are also in high-altitude and harsh climate regions.

While the BSF is the country’s largest border guarding force with a strength of about 2.5 lakh, the ITBP has about 90,000 personnel.

The home ministry has three such forces under its command, the third being the Sashastra Seema Bal (SSB) that is tasked with guarding borders with Nepal and Bhutan.