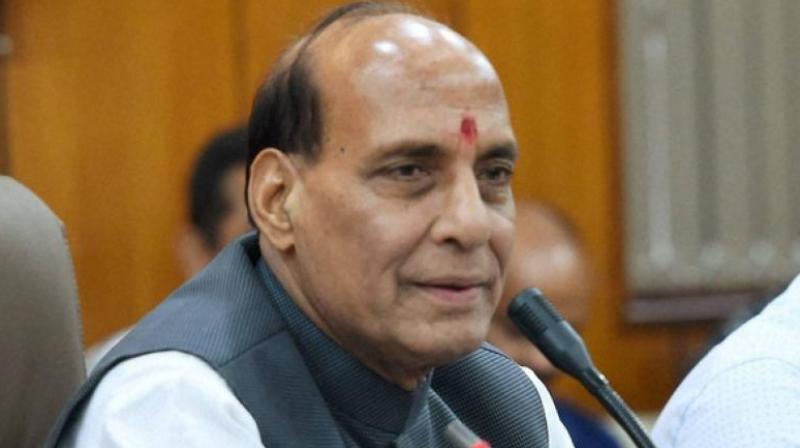 New Delhi: The home ministry has initiated the identification process in a bid to auction more than 9,000 “enemy properties” which could be worth more than a Rs 1 lakh crore.

There are as many as 9,400 such properties across the country which belonged to those people who had taken citizenship of either Pakistan or China.

The decision was taken following an amendment to the Enemy Property (Amendment and Valida-tion) Act due to which heirs of those who went to Pakistan and China either during partition or even later did not have any legal validity over the property left behind by such people in the country.

Sources said during a recent high-level meeting, officials informed Union home minister Rajnath Singh that survey process of as many as 6,289 such enemy properties had been finalised, while that of the 2,991 remaining ones which were in the possession of the custodians would be completed shortly.

The home minister instructed the officials that properties whose survey had been completed should be auctioned at the earliest as it would provide the much needed financial resources to the government since the estimated market value of such properties was more than Rs 1 lakh crore.

In fact, in Pakistan, such properties belonging to those who shifted to India during partition have already been auctioned by the government.

The home ministry has already directed the state government where such properties are located to appoint nodal officers who would carry out the detailed process of locating, identifying the present occupants and estimating the market value of such properties.

Of the total 9,280 enemy properties across the country, the maximum of 4,991 are in Uttar Pradesh, while West Bengal has the second highest of 2,735 such properties. In the national capital, there were 487 of these enemy properties. Ministry officials claimed most of these properties in prime locations, most of which were now major commercial hubs in big cities.

Out of the 126 properties which were left behind by those who moved to China, 57 are situated in Meghalaya, while 29 are in West Bengal and seven in Assam.

Following changes in the Enemy Property Act the definition of an “enemy property” means any property which belongs or is managed and held on behalf of an enemy, enemy firm and enemy subject.

These properties have been put under the administrative control of the Custodian of Enemy Property for India, which functions under the Centre.