India   All India  15 Jan 2019  Court to consider chargesheet against Kanhaiya Kumar in JNU sedition case on Jan 19
India, All India

Delhi police had filed chargesheet against Kanhaiya Kumar, others for raising seditious slogans raised at JNU campus in Feb 2016. 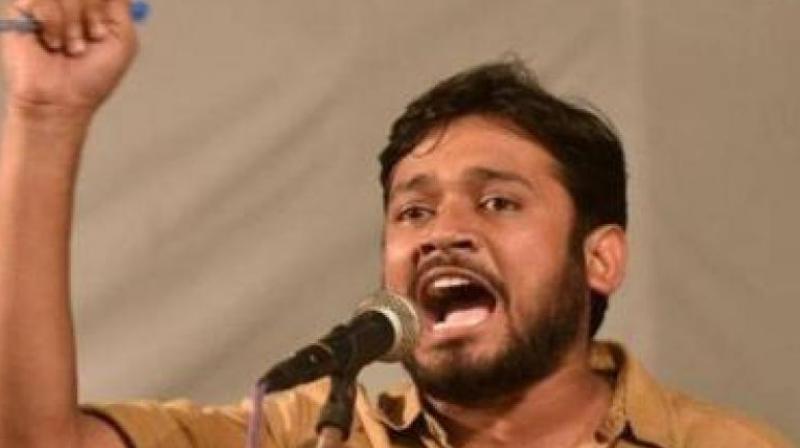 Delhi court on Tuesday fixed Jan 19 for consideration of chargesheet against former JNUSU president Kanhaiya Kumar and others in the 2016 JNU sedition case. (Photo: File | PTI)

The court put up the matter for hearing on the date as Chief Metropolitan Magistrate Deepak Sherawat was on leave on Tuesday.

The Delhi police had on Monday filed a chargesheet at a city court against Kanhaiya Kumar and others saying he was leading a procession and supported seditious slogans raised on the varsity campus in February 2016.