YS Sharmila accused TDP of defaming her and spreading fake rumours against her. 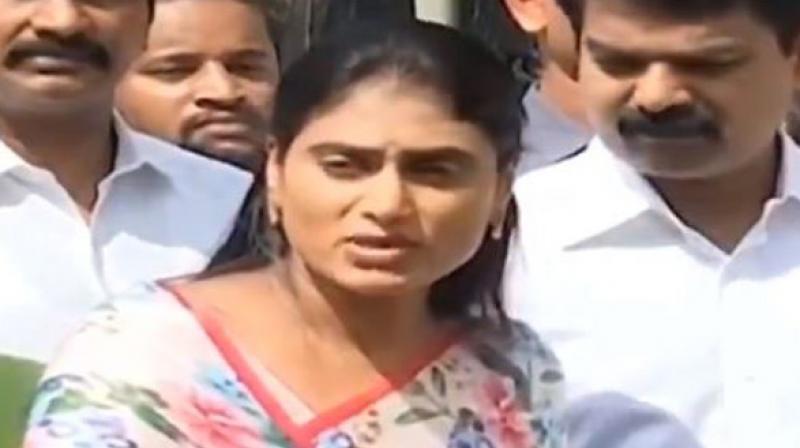 "Some unknown people defamed me before 2014 elections by spreading fake rumours that I am having a relationship. Again, some people are trying to defame me on social media,” she said.

“I want to accuse Telugu Desam Party (TDP) of defaming and spreading fake rumours against me. They are happy in assassinating my character. Earlier also TDP has spread rumours against my father YS Rajashekar Reddy,” she further said.

The accused should be punished. I have requested the police commissioner to take action on the persons who are responsible. Commissioner assured me that they will take proper action."

Speaking to ANI over the phone, Additional DCP, Cyber Crimes Hyderabad, Raghuveer said, "Yesterday, we registered a case under Section 67 IT Act and 509 IPC on unknown persons. We are investigating the case and will find the accused persons who are intentionally defaming YS Sharmila over social media and posting fake videos on YouTube."