India   All India  15 Jan 2019  'One of the most shameful conduct': PM Modi slams Kerala govt over Sabarimala
India, All India

'One of the most shameful conduct': PM Modi slams Kerala govt over Sabarimala

'We knew communists don't respect Indian history, culture but nobody imagined that they will have such hatred, PM Modi said. 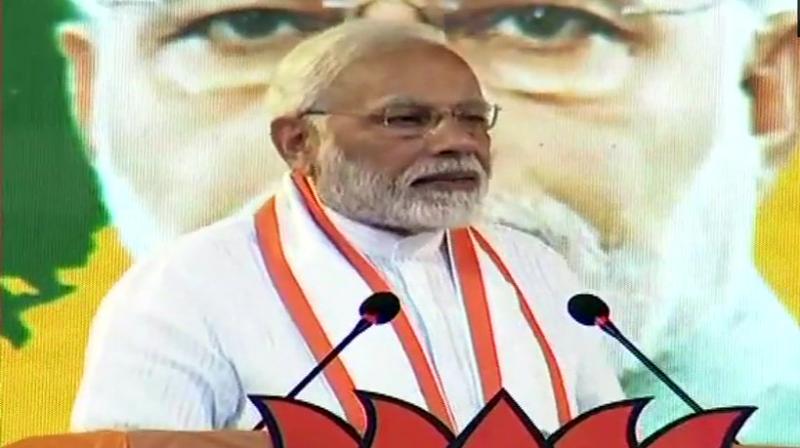 “We knew that communists do not respect Indian history, culture and spirituality but nobody imagined that they will have such hatred,” PM Modi added.

The Prime Minister, who was in Kollam today for the launch of two projects, also claimed that Congress-led UDF is “no better” and accused it of taking “multiple” stands.

“…they say one thing in Parliament but a different thing in Pathanamthitta. Our stand on this issue has always been clear. And, the actions of our party match our words on Sabarimala,” he said.

Addressing a rally in Kollam, Prime Minister Narendra Modi also targeted the Left and Congress saying that while these parties talk about gender justice their actions are different from their words.

“Left and Congress make tall claims about respect to gender justice and social justice but their actions are exactly the opposite. NDA Government has been working towards abolishing Triple Talaq. Who is opposing us on this? Communists and the Congress,” he said.