According to Niti Aayog, the education budget will go up to 6 per cent of the GDP by 2022. 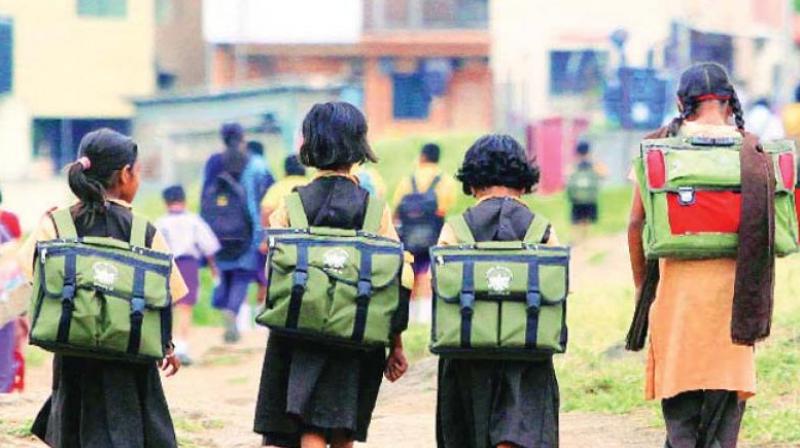 Daruwala said that the government need to invest in education, but create an enabling environment for the private sector. (Representational image)

BENGALURU: At a time when the economy is struggling with low growth and high unemployment rate, which has surged to 6.1 per cent, industry experts are pinning their hopes on Union finance minister Nirmala Sitharaman’s budget on February 1.

Last year, Union minister Prakash Javadekar had said that the government’s expenditure on education had gone up from 3.8 per cent of the GDP (Gross Domestic Product) in 2014 to 4.6 per cent during the NDA rule.

According to Niti Aayog, the education budget will go up to 6 per cent of the GDP by 2022.

Mr Manek Daruvala, founder & director, TIME, said that GDP growth is vital for job creation. “If India’s demographic dividend has to pay off, we will have to create adequate job opportunities for our youth,” he said.

He expected the government to increase allocations to all spheres of education with a special focus on primary education.

The World Bank in 2013 said that the government spending on education by both central and state governments in India is 3.8 per cent of GDP which is lesser than the world average of about 4.7 per cent in the same year.

“It is not just about the quantum of money deployed, it is also about how it is utilised. Aggressive and effective ways to improve the quality of teaching, particularly in schools, need to be formulated. Teaching, as a profession, needs to be made worthwhile for those with academic excellence,” he added.

Mr Daruwala said that the government need to invest in education, but create an enabling environment for the private sector.

“This is essential for attracting both financial capital and quality brainpower that our education sector so badly needs,” he said.