India   All India  15 Jan 2021  India will not have R-Day chief guest due to global coronavirus situation: MEA
India, All India 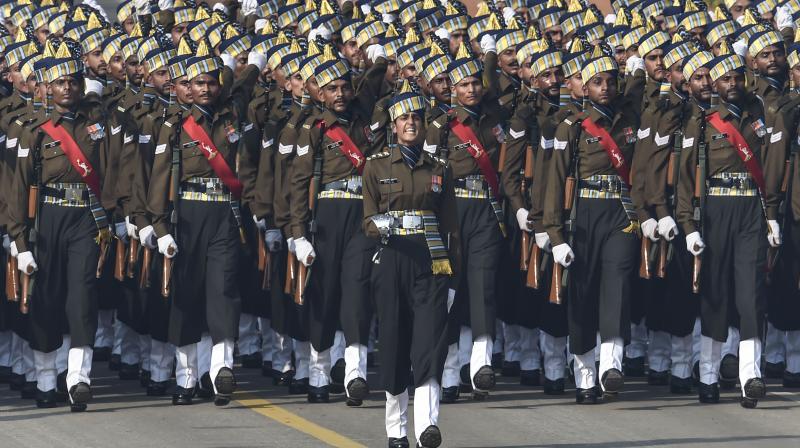 New Delhi:  The Ministry of External Affairs on Thursday announced that there will be no foreign leader as the chief guest at the upcoming Republic Day celebrations due to the global situation arising out of the coronavirus pandemic.

It will be for the first time in over five decades that India will not have a chief guest at the Republic Day parade.

"Due to the global COVID-19 situation, it has been decided that this year there will not be a foreign head of state or head of government as the chief guest for our Republic Day event," MEA Spokesperson Anurag Srivastava said at a media briefing.

The decision comes days after British Prime Minister Boris Johnson cancelled his visit to India to grace the Republic Day celebrations in view of the spread of a new variant of the coronavirus in the United Kingdom.

India had invited Johnson as the Republic Day chief guest and he accepted India's invitation, calling it "a great honour".

However, on January 5, Johnson cancelled his India visit due to the pandemic.

The last time India did not have a chief guest at the Republic Day parade was in 1966 when it had taken place in the aftermath of death of then Prime Minister Lal Bahadur Shastri.

India did not have any foreign leader as Republic Day chief guest in 1952, 1953 also.

In 2019, South African President Cyril Ramaphosa was the chief guest at the R-Day parade, while in 2018, leaders of all 10 ASEAN (Association of Southeast Asian Nations) countries attended the celebrations.

In 2017, Crown Prince of Abu Dhabi Sheikh Mohamed bin Zayed Al Nahyan was the chief guest at the celebrations, while then French president Francois Hollande graced the occasion in 2016.

In 2015, then US president Barack Obama watched the parade.