India   All India  15 Feb 2017  Bad times ahead: Astrologer to Sasikala
India, All India

Bad times ahead: Astrologer to Sasikala

The second factor affecting the party owing to the demise of its leader is the conflict and disharmony within it. 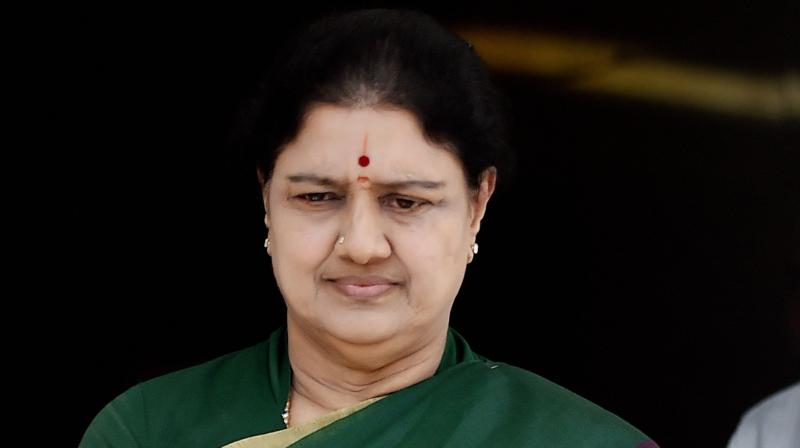 Chennai: Though the verdict in the disproportionate asset case was waiting to be delivered, AIADMK general secretary V. K. Sasikala was advised by astrologers not to pursue her ambition of becoming Chief Minister - at least till July 14.

“I had implored her to give up all thoughts about aiming for the post of chief ministership till July 14, as the AIADMK following the demise of late Chief Minister J. Jayalalithaa was undergoing a turbulent phase. I predicted this after taking into account the time of Jayalalithaa's demise and also Ms Sasikala's Dasa Bhukti periods (planetary periods indicating good or bad effects for the course of life). But things happened otherwise,” claims Chennai's renowned astrologer Shelvi.

The demise of Jayalalithaa on Avittam nakshatram indicating Dhanishta panchami (blemish in death) causes easy emancipation for the soul of the deceased, but harmful for the kin and in this case, the party in power.  There is danger at every step starring at the party. Though there are remedies, the room of the deceased should be kept closed for six months and none should enter it (for six months), as per shastras, Mr. Shelvi asserted.

“Ms Sasikala has been running extremely bad period till July 14 as per her horoscope and this could impose a hard time in her quest to become Chief Minister. I gave in writing and even conveyed this. Another astrologer Saravanan, who was present concurred with me. But two other astrologers misguided her,” Mr Shelvi told this correspondent on Tuesday.

The second factor affecting the party owing to the demise of its leader is the conflict and disharmony within it.

“The infighting will continue for some time. If those in the party do not come to terms with reality and unite, fissures within the AIADMK may widen,” he predicts.