An emotional Ms Sasikala addressed supporters and said she was sure her party would get the invite to form the government. 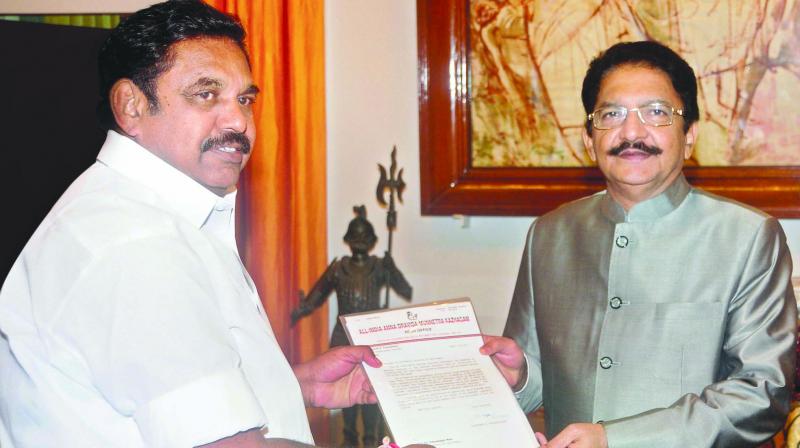 While the governor is keeping his cards close to his chest, the mood in both camps was completely opposite.

Former CM J. Jayalalithaa’s niece Deepa Jayakumar accompanied Mr Panneerselvam and hundreds of supporters on a march to Jayalalithaa’s memorial in Chennai late night. He said he was confident that “truth will prevail.”  An emotional Ms Sasikala addressed supporters and said she was sure her party would get the invite to form the government. 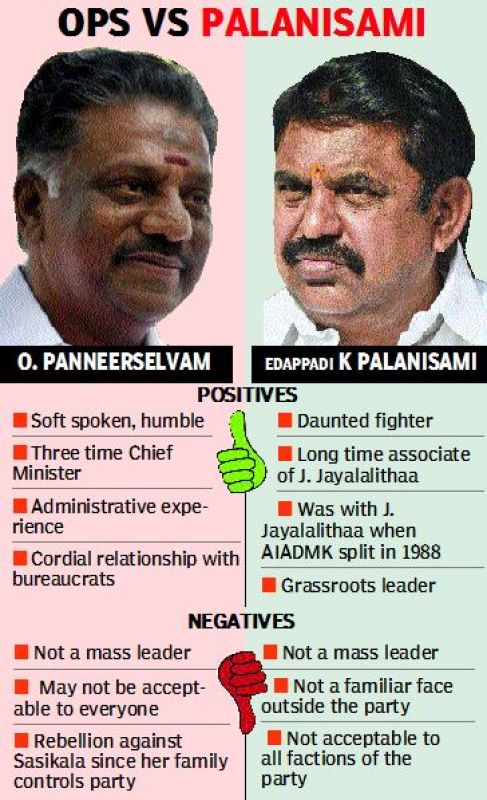 The OPS camp rejected Mr Palanisami’s election and met Mr Rao to demand Mr Panneerselvam be allowed to prove his majority on fthe floor of the House since “it is the only place where the MLAs can act according to their conscience”.

Before the OPS camp met and put forth its views, Mr Palanisami and his colleagues rushed to Raj Bhavan and submitted a letter of his election as the leader of the AIADMK legislature party. OPS appealed to the MLAs to forget the “temporary bitterness.”