Palanisami, a science graduate swore allegiance to Jayalalithaa faction when the party split after the demise of its founder MGR. 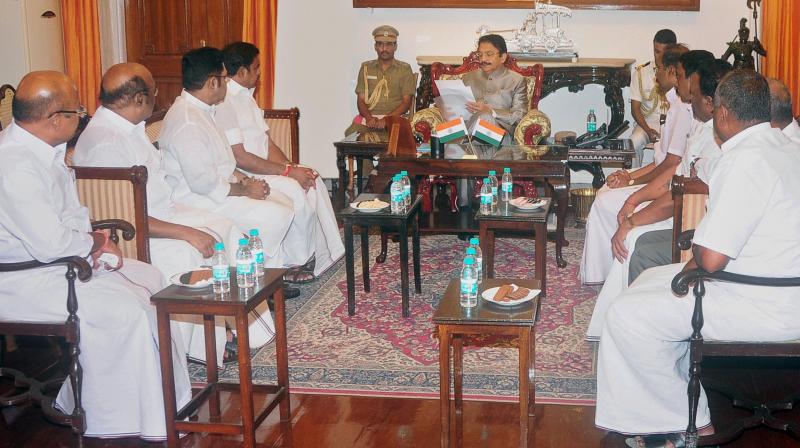 Chennai: The new leader of AIADMK legislature party, ‘Edappadi’ K. Palanisami,  has risen to the present position from an ordinary cadre in 1974 after facing several ups and down in his political career.

The 63-year-old leader who started with two consecutive victories in the Assembly elections lost three consecutive polls, but made a come back with two victories in the last two Assembly polls. He was born in Edappadi in Salem district in an agricultural family, from a dominant community in the Kongu region. He was made the party secretary of Siluvampalayam in Edappadi union.

A soft spoken man, who is always seen with a smile, rarely loses his cool during verbal clashes in the Assembly. He has a wife Radha and son Mithun. Although, there are media reports that he has close links with businessman Ramalingam, whose house was raided by the IT department, he does not face cases of corruption against him.

Palanisami, a science graduate swore allegiance to Jayalalithaa faction when the party split after the demise of its founder MGR. He contested as a candidate of Jayalalithaa faction in the 1989 Assembly elections in Edappadi and won the seat. After the party was unified, he was rewarded with the post of Salem (north) district joint secretary in 1990.

He was elected from the same Assembly constituency in 1991 when Jayalalithaa became the Chief Minister.