Each year, the focal point of the “puja” is the oldest tree in the college premises. 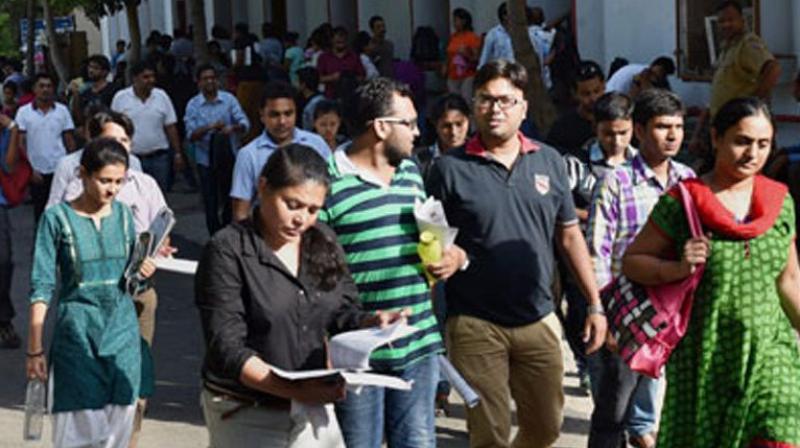 The “deity” is usually chosen through a vote by hostel students. Traditionally, Damdami mais are picked from amongst the popular Bollywood actresses.

New Delhi: Continuing with the long-standing tradition, students of Hindu College took blessings from Damdami Mai on the occasion of Valentine’s Day. Students in the morning conducted “puja” for Damdami mai — Disha Patani, the most searched Bollywood actress on Google in 2016.

The “deity” is usually chosen through a vote by hostel students. Traditionally, Damdami mais are picked from amongst the popular Bollywood actresses.

Each year, the focal point of the “puja” is the oldest tree in the college premises — which is popularly known as the “Virgin Tree” amongst students. On Valentine’s Day, college hostellers decorate the tree with heart-shaped balloons and water-filled condoms. The picture of Damdami mai is also stuck to the tree trunk. Students gathered and sang a special “aarti” to honour Damdami mata on Tuesday.

It is a widely-held belief among students that by performing this puja, they will be able to find a partner and lose their virginity in the coming one year. Elsewhere on Delhi University campus, the National Students’ Union of India (NSUI) held a love parade in protest against the right-wing groups prohibiting Valentine’s Day celebration.

Last year, right-wing groups had warned youth against celebrating Valentine’s Day saying it was against Indian culture. RSS-affiliated Akhil Bharatiya Vidyarthi Parishad conducted awareness camps in colleges to enlighten the youth against its celebration. “The right wing groups believe they can take away the freedom of common man by imposing their diktat.

They have been known for making bigoted statements threatening those who choose to celebrate their love on this day,” National Students’ Union of India national secretary Leni Jadhav said.“They have also in the past attempted to assault people,” Ms Jadav added. There haven’t been any programmes or campaigns by ABVP against the celebration of Valentine’s day this year.