India   All India  15 Feb 2017  Will Panneerselvam be third-time lucky?
India, All India

Will Panneerselvam be third-time lucky?

Panneerselvam had the support of late Jayalalithaa that ensured “absolute cooperation” from his Cabinet colleagues. 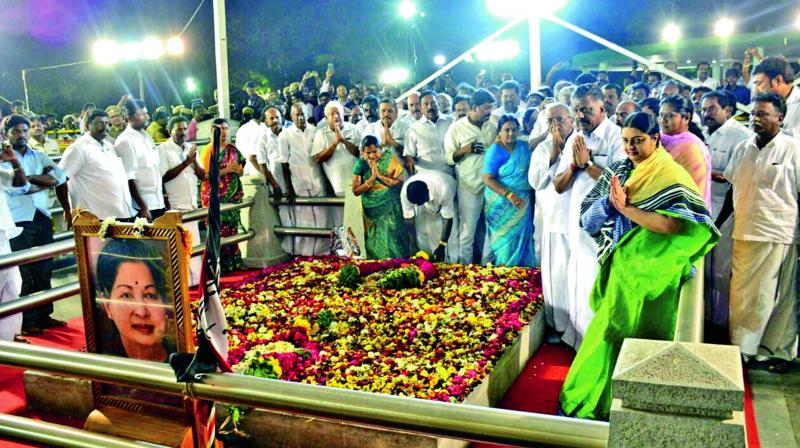 Chennai: Court cases may have spelt doom for the political career of late J. Jayalalithaa twice and now her aide V.K. Sasikala, but caretaker Chief Minister O. Panneerselvam is one politician who has always benefited from the conviction of his leaders. The million-dollar question that is on the minds of everyone in Tamil Nadu is whether Mr Panneerselvam will be third time lucky?

But, the road may not be easy for Mr Panneerselvam this time around since has rebelled against the AIADMK leadership, particularly Ms Sasikala and her family. Even a week after he raised a banner of revolt against Ms Sasikala, the number of MLAs supporting him is just 10, though the figure is little higher when it comes to MPs.

In 2001 and 2014, Mr Panneerselvam had the support of late Jayalalithaa that ensured “absolute cooperation” from his cabinet colleagues, but he himself admitted last week that many ministers defied his orders during his two-month tenure after the death of the AIADMK icon. With Jayalalithaa and Sasikala no more, the party will suffer without a leader who can command the cadre, political analysts said.

They feel though Mr Panneerselvam would be acceptable to majority of the AIADMK MLAs, it would still be difficult for him to get the backing of 118 MLAs, the magic number that is needed to install a government in Tamil Nadu.

“I feel Mr O. Panneerselvam is not able to get through and ironically time has caught up with him like it has caught up with Ms Sasikala. And any day O. Panneerselvam is shrewd politician and his time has gone. He has really misread the situation and now he has exhausted all options,” Prof Ramu Manivannan, head, department of politics and public administration, University of Madras, told The Asian Age.

However, lawyer Ravindran Duraisamy feels the Sasikala camp led by her husband M. Natarajan, who is a “wounded Tiger” now, will go all out to spoil the chances of Mr Panneerselvam becoming the Chief Minister.

“There was a likelihood of OPS emerging as a compromise candidate but since he has rebelled against Sasikala, Natarajan is making all moves to ensure Mr Panneerselvam does not become Chief Minister. I don't know how will he overcome these forces?” he asked.