India   All India  15 Feb 2018  Full-time politics for Kamal Haasan after finishing his 3 sequels
India, All India

Full-time politics for Kamal Haasan after finishing his 3 sequels

He is also in the process of approaching the Election Commission for registration of his new political party. 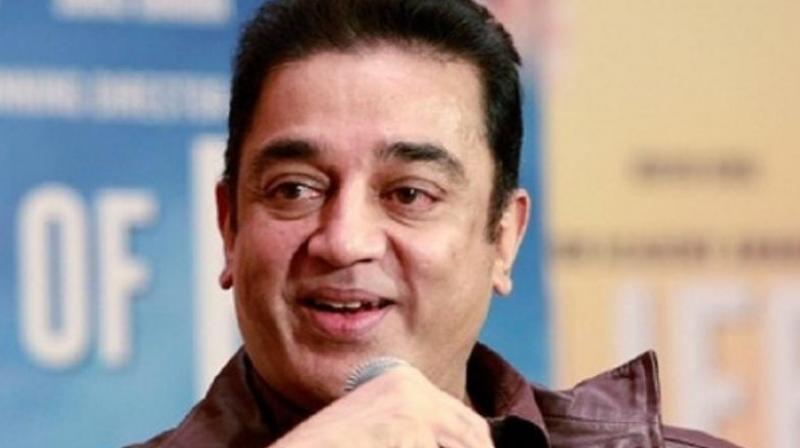 CHENNAI: He enthralled millions across India for half a century with his inimitable style and versatility as an actor. Kamal Haasan will soon stop sporting greasepaint, but only after tending to some unfinished business in completing the sequels of three of his super hit films — Vishwaroopam, Indian and Sabash Naidu. Once he does that, the 63-year-old actor, who appeared on screen at a tender age of three-and-a-half, will dev-ote all his time and energy towards making Tamil Nadu a better place to live in through his politics.

“My decision to take a plunge into politics for the people of Tamil Nadu is final and irreversible,” Kamal told a news channel at the India Conference organised by the prestigious Harvard University in the United States. He is currently working on two films as well preparing ground for his mega entry into politics from the temple town of Rameswaram on Febr-uary 21. He is also in the process of approaching the Election Commission for registration of his new political party.

“Except for the two films which are coming out, there will be no more films for me,” Kamal said when asked whether he would continue acting even after embracing politics. “I think that part is done, I don’t think I will. No more signing films,” he further said. However, he said on Wednesday evening that he would take a final call on all that after finishing the films he has planned already.

Beginning his film career in 1960 as a young orphan in Kalathur Kannamma, Kamal Haasan went on to become one of the most talented actors not just in Tamil cinema, but across the Vindhyas as well. His films, laced with social messages conveyed in his imitable script and screenplay, were widely received across the world, earning him the title “Ulaganayagan”.

Kamal was at Harvard last weekend where he outlined his vision for his home state as a politician and “begged” for “ideas and intellect” to “reimagi-ne” Tamil Nadu’s villages.