Veteran leaders are in the mood for a drastic step, and some say it should not be short of a ‘cardiac surgery’. Fixing the party’s heart? 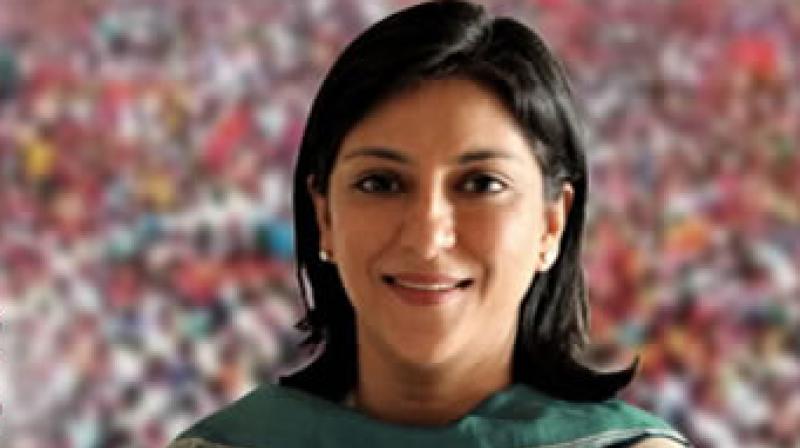 Mumbai: “Cong has shown repeatedly that it suffers from an autoimmune disease... Cong destroys Cong... We need to be treated from within to be healthy again,” former Member of Parliament Priya Dutt tweeted Wednesday in what is snowballing into tremendous disenchantment with the party’s top leadership, particularly the Gandhis.

Party general secretary and its campaign face Rahul Gandhi has dismissed his abysmal failure in Uttar Pradesh as “a little down in UP which is fine, we accept it”. As is tradition, the party has insulated him from any blame, neither did Rahul take any but called for “structural and organisational changes”. 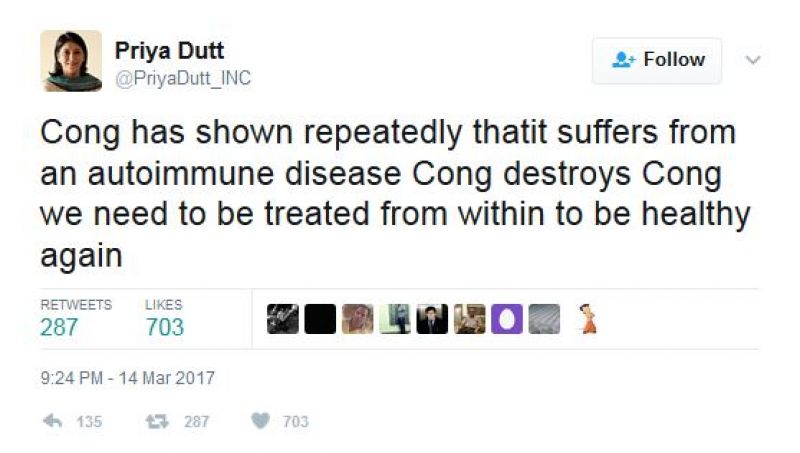 It doesn’t help either that BJP has whisked away the Goa and Manipur Assemblies from under the Congress’ nose though it emerged the single largest party.

But perhaps for the first time in party history, Congress leaders are now questioning the top leadership.

Senior Congress leader K V Thomas told The Indian Express the Congress readership should rise to the expectations of the people.

“People still believe that the Congress is the party which can lead the people against Narendra Modi… The party should improve its functioning in tune with that aspiration. We should be preparing ourselves, especially for elections, in advance. Not on the eve of elections. The state and central level leaderships should rise to the expectations of the people,” he told the paper.

Veteran leaders are in the mood for a drastic step, and some say it should not be short of a “cardiac surgery”. Fixing the party’s heart?

Congress whip in Rajya Sabha Satyavrat Chaturvedi was quoted in the paper saying: “It has been three years (since the 2014 defeat). Nothing has happened so far. Everyone was hoping something will happen and we are tired now. Now we have lost hope. And the results are before us.”

He also spelt out it is high time the ambiguity over Priyanka Vadra’s entry into politics ended. Priyanka has largely kept herself on the sidelines of the hurly-burly, being content only to manage campaigns in the traditional family seats of Rae Bareilly and Amethi. Not to much success this time as the BJP has picked up 6 of the 10 Assembly seats in these In these Parliamentary constituencies these elections.

Leaders are of the opinion that Congress alone can no longer take on the BJP and that it should be at the forefront of an “inclusive alliance” to stitch together a credible challenger.