Naidu hit out at Modi saying that the PM was not giving people of Andhra Pradesh what's rightfully theirs. 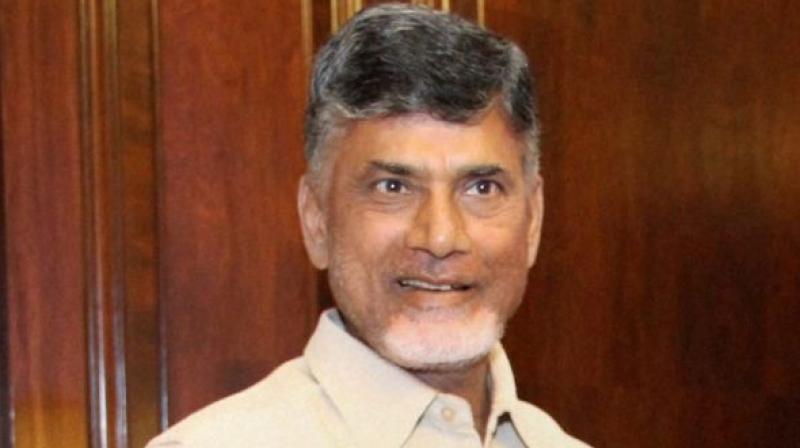 Naidu had asked TDP MPs to raise the issue of special status to AP and its revenue deficit during discussions on the Finance Bill in Parliament. (Photo: File)

Amaravati: Andhra Pradesh Chief N Chandrababu Naidu who is at loggerheads with the Centre over the demand for special status for state on Thursday said that Prime Minister Modi is trying to repeat in Andhra Pradesh what he has done in Tamil Nadu.

Naidu hit out at Modi saying that the Prime Minister was not giving people of Andhra Pradesh what's rightfully theirs. He also accused the BJP of resorting to using Jagan Mohan Reddy and Pawan Kalyan against TDP.

Politics in Tamil Nadu took a new turn after the two rival factions sealed the deal for a merger which followed the sacking of jailed VK Sasikala from the party and the post of “interim” general secretary.

Sasikala's nephew Dhinakaran was sidelined after he vowed to unseat the regime.

The merger had come after the meeting of both Palanisamy and Panneerselvam with Prime Minister Narendra Modi in Delhi.

TDP President and AP CM Naidu who held a teleconference with party MPs alleged that the BJP was following 'divide and rule policy'.

Setting the Uttar Pradesh and Bihar poll results announced on March 14 as an example, Naidu said 'there is strong anti-Modi and anti-BJP feeling across country'.

Earlier on Wednesday, Naidu had asked TDP MPs to raise the issue of special status to AP and its revenue deficit during discussions on the Finance Bill in Parliament. He said the MPs should raise the matter as Parliament could be adjourned sine die after passing the bill.

Naidu asked them to step up the fight in Parliament for the state's rights and echo the aspirations of the people.

Telugu film star and Jana Sena Party president Pawan Kalyan had on Wednesday charged the Chandrababu Naidu government with converting the state into a 'corrupt Andhra Pradesh' and warned it of repercussions in the 2019 Lok Sabha elections.

He warned TDP that the 2019 polls would not be as smooth as it was in 2014, when after the formation of his party, he supported the TDP-BJP combine in (then united) Andhra Pradesh and did not contest the elections.