Peter Van Geit, owner of the Chennai based Trekking club, has been charged under IPC 304 (culpable homicide not amounting to murder). 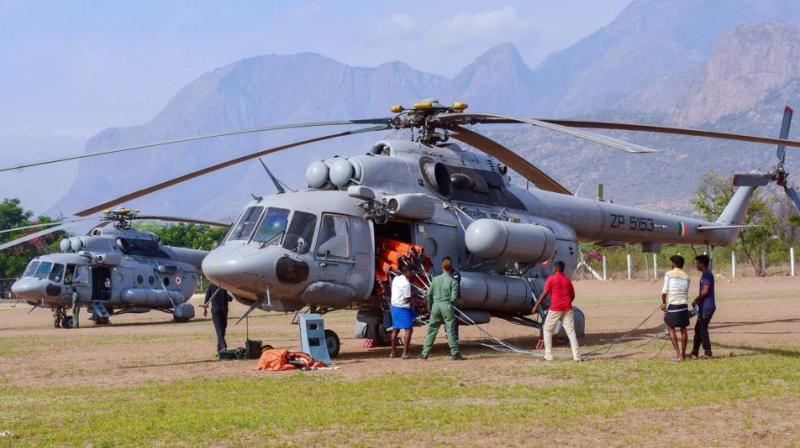 The trekkers were caught in the forest fire in Kurangani Kozhukumalai hill ranges near Theni, some 500 kilometres away from Chennai. (Photo: PTI)

Theni: The toll in the devastating fire at Kurangani forests in Theni  district has risen to 14 with three more victim succumbing to injuries at hospitals in Madurai on Thursday, police said.

While Divya Viswanathan of Coimbatore district, died at a private hospital, Kannan, a native of Kavundan Palayam in Erode and Anuvidhya of Chennai died at the Government Rajaji hospital, police said.

The forest department has suspended forest officer Jaisingh in connection with the incident.

A 36-member team -- 24 people from Chennai and 12 from Tiruppur and Erode districts -- had embarked on the trekking expedition and reached Kurangani hills on March 10.

The trekkers after staying at an estate in Kozhukumalai overnight, started their return journey to the plains Sunday morning when they heard of the sudden forest fire and got separated while attempting to find a safe way.

The trekkers were caught in the forest fire in Kurangani Kozhukumalai hill ranges near Theni, some 500 kilometres away from Chennai.

The hills are in the Western Ghats near Bodinayakanur, about 40 km from Theni.

The police on Thursday registered a case against Peter Van Geit, the owner of the Chennai based Trekking club believed to have arranged the trekking expedition to Kurangani Hills.

He has been charged under IPC 304 (culpable homicide not amounting to murder), police said.

Two persons, including an agent of the club at Erode, have been arrested in connection with the trekking programme.

Officials had on Wednesday said search operations have concluded as all the trekkers have been accounted for.

Tamil Nadu Chief Minister K Palaniswami had announced a solatium of Rs 4 lakh to each of the families of the deceased, Rs one lakh to the seriously injured and Rs 50,000 to those with simple injuries.