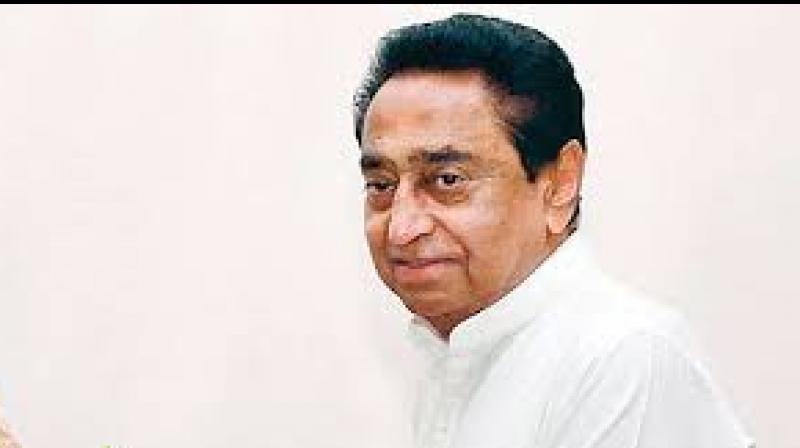 Bhopal: Madhya Pradesh Chief Minister Kamal Nath has called a cabinet meeting here on Sunday, in the wake of state Governor Lalji Tandon's direction to his government to seek a trust vote in the Assembly on Monday.

The meeting is likely to be begin at 11 am, sources said.

The cabinet is likely to discuss the governor's letter sent on Saturday night, in which he asked the government to seek a trust vote in the Assembly soon after his (governor's) address on March 16, they said.

Hours after Madhya Pradesh Governor Lalji Tandon directed Chief Minister Kamal Nath to seek a trust vote in the Assembly on March 16, the Congress MLAs, who had been camping in Jaipur, returned to Bhopal on Sunday.

Talking to PTI, a Congress MLA confirmed that the party legislators have returned to the state capital from Rajasthan.

The Congress expressed confidence that it will prove its majority in the House, while the opposition BJP claimed that the ruling dispensation has been reduced to minority as 22 of its MLAs have resigned.

He said although the governor has asked the Congress government to seek a trust vote after his (governor's) address in the Assembly on Monday, the Speaker was empowered to decide the proceedings of the House and he would take a call on it.

However, BJP chief whip in the Assembly, Narottam Mishra, said, “The Congress has lost its majority. The governor is saying that was in a minority. I am not saying this...it has been mentioned it the governor's letter sent to chief minister.”

The Kamal Nath-led government has been facing deep crisis following the resignation of 22 Congress MLAs after former Union minister Jyotiraditya Scindia quit the party on Tuesday.

On Saturday, the Speaker had accepted the resignations of six ministers. With this, the strength of the House has come down to 222 and the majority mark is now 112.