Three students have been rescued and are under medical observation. 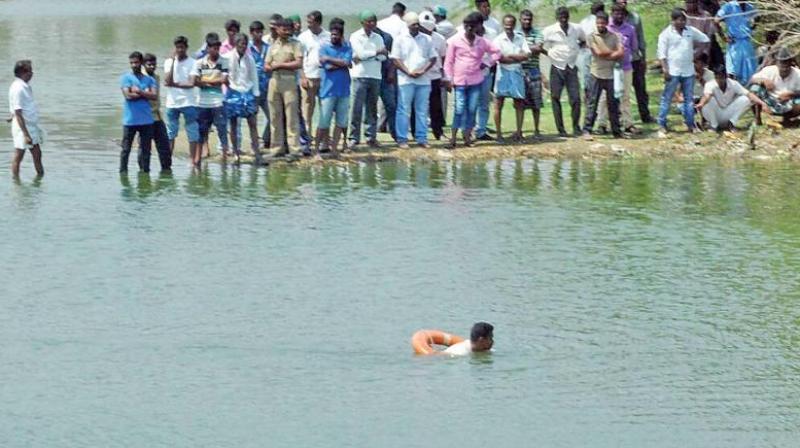 Vayri: Eight students of an engineering college from Karnataka, out on a picnic, drowned in the Arabian sea off the Vayri coast in Maharashtra's Sindhudurg district on Saturday, the police said.

The students from Maratha Engineering College in Belgaum had gone to swim in the sea, it said.

The deceased, five boys and three girls, were part of a group of 47 students.

Around 30 of them had gone to the sea for swimming, the police said adding three students were rescued from the sea and 19 others swam to safety.

"Three students have been rescued and are under medical observation," police said.

The incident occurred around the noon at Vayri, a coastal hamlet near Malvan town in the Konkan region of the state.

"It was the time of high tide and some students had ventured into the deep water. After some of them began drowning, some others in the group rushed to save them, but it was late," police said.

Eight bodies, including those of three girls, were recovered.

"Three students were brought to shore by the police in an unconscious state. Two of them are admitted in a Malvan hospital and one girl, who is in a serious condition, is being treated at the state-run hospital in Oros," Amogh Goankar, Superintendent of Police, Sindhudurg, said.

As of now no one is missing as around 19 students swam to shore with the help of locals and police, Goankar said.

In a similar tragedy, 13 students from a Pune college, who were on a picnic, drowned off the Murud beach near Mumbai in February 2016.