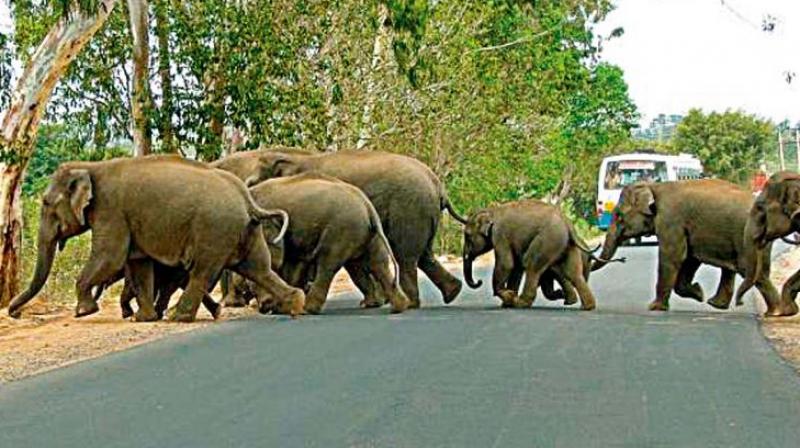 The low-cost technique, which is being applied in north Chhattisgarh region of Sarguja where man-elephant conflicts leading to death of many forest dwellers as well as the tuskers in the past one decade, has been yielding encouraging results, a senior forest officer of Chhattisgarh told this newspaper on Friday.

Sivika Rana, a graduate in bio-medical engineering from Vellore Institute of Technology (VIT), has developed the system, christened “Solar Bijuka”, to prevent the wild animal from straying into human habitations surrounding the forests.

“The concept is derived from the traditional scare crow technique being adopted by farmers in rural areas to scare away birds and animals to protect their standing crops.

Life size images of human beings with different limbs, such as head, legs and chest electrified by solar powered batteries are being implanted at strategic points. The elephants which come in contact with the mannequins get electric shocks and flee from the area,” forest conservator of Sarguja range K.K. Bisen, whose daughter has developed the system, told this newspaper. “It is a low-cost technique. Each mannequin costs Rs 10,000-Rs 12,000. A couple of mannequins are enough to prevent a herd of 14 elephant,” he said.

As compared to this, electric fencing system, being used for the purpose, incurs an annual expenditure of Rs 50 lakh towards its erection, round-the-clock power supply and maintenance.