I am PM because of Ambedkar, says Modi

Mr Modi said Babasaheb enshrined the rights of weaker and marginalised sections of society in the Constitution. 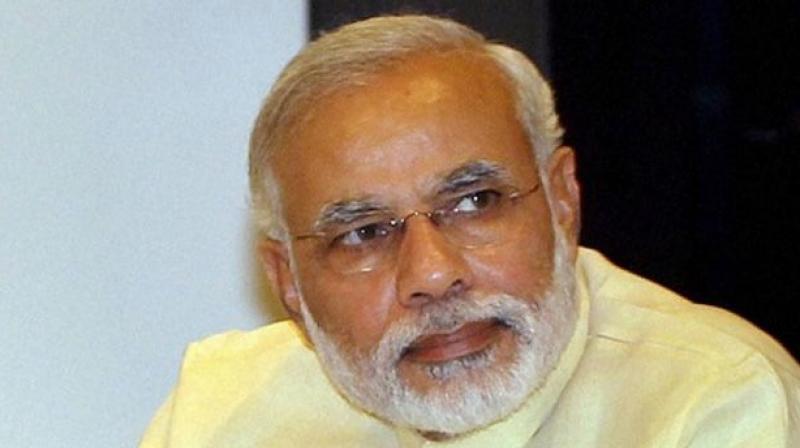 “If a person of a humble background like me could become PM, it is because of Babasaheb Ambedkar,” the PM said while rolling out Ayusman Bharat Yojana, popularly known as “Modicare”, formally in the remote village of Jangla, a Naxal-stronghold, in tribal-dominated south Bastar district of Bijapur in Chhattisgarh.

Mr Modi said Babasaheb enshrined the rights of weaker and marginalised sections of society in the Constitution and it was the responsibility of the government to realise them.

“Babasaheb was well educated and well read. He could have chosen a comfortable life abroad. But, he renounced luxury and dedicated his life to empower the dalits and adivasis,” he added.

Beginning his speech in tribal dialect Halwi, the PM lamented that several parts of the country have still remained backward even seven decades after independence of India.

He said the Centre has identified 115 most backward districts in the country to give a special focus on their development.

“I have chosen Bijapur district to launch Ayusma Bharat Yojana because the district, which is among the 115 backward districts identified to give extra push in development, has made rapid progress in just 100 days after the project was launched,” the Prime Minister said and lauded the district administration for the feat.

“Doctors from various parts of the country have come to the forested district to provide health services to the poor. I draw from inspiration from their spirit,” he added.

“If Bijapur district can witness development in just 100 days, why cannot others?” he wondered.