India   All India  15 Apr 2019  In participatory development, experts must see and respect the poor as clients
India, All India

In participatory development, experts must see and respect the poor as clients

The perception that the poor do not have skills or would not be able to survive on their own is now being widely recognised as a myth. 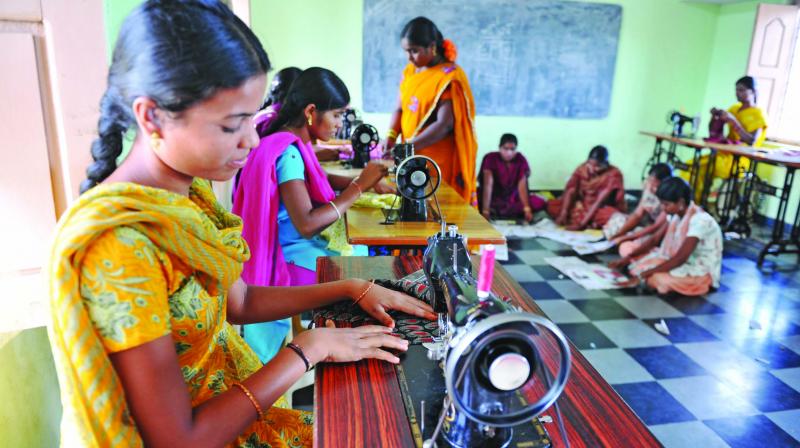 One of the most important goals of inclusive and equitable development is poverty elimination. Although India has made rapid progress in several fields, the impressive growth that it has recorded has not trickled down to the larger population. India’s millions are facing mounting daily challenges in meeting the bare basic necessities of subsistence — education, health, housing, employment and adequate food.

The creamy layer of the population has collectively generated an enormous amount of wealth in the past 20 years. Most of that newly generated wealth has gone to those who already possessed great wealth. This has been particularly acute in developed countries. The recent Oxfam report on inequality in the context of India brought out disturbing facts to the public domain and stated:

The perception that the poor do not have skills or would not be able to survive on their own is now being widely recognised as a myth. This conclusion is grounded in the premise that a paternalistic conceit of low-income communities and negative beliefs perpetuated about them has hindered their development. The new findings are challenging traditional development wisdom — particularly the assumption that poor need a great deal of advice, aid, support, and motivation to improve their lives.

Experts who have been scratching their heads for breakthrough solutions now suggest that the poor no longer have mindsets that expect governments riding a white horse with a bucket of money to fill their bowls. They argue that strategies that ensure wider participation of the poor in programmes meant for them deliver amazing outcomes.

Development is fuller when put in people’s hands, specially the poor, who know best how to use the scarce and precious resources they could be provided with for their upliftment. The first generation leaders of independent India believed that economic justice would be advanced by the lessons of cooperation where common efforts to achieve the common good will subsume all artificial differences of caste, community and religion.

There is a lot of discussion in public forums of involving the stakeholders in development programmes. However, poor people rarely get the opportunity to develop their own agenda and vision or set terms for the involvement of outsiders. We need to develop our human capital, which is an important piece in this ecosystem. The entire participatory paradigm illustrates that people are participating in plans and programmes that the outsiders have designed. Not only is there little opportunity for them to articulate their ideas, there is also seldom an institutional space where their ingenuity and creativity in solving their own problems can be recognised, respected and rewarded. The poor are themselves best placed to figure out how to get out of poverty and also have ideas about how to get their lives together.

One can’t talk about the design of programmes without quoting Steve Jobs: “Design is a funny word. Some people think design is how it looks. But of course, if you dig deeper, it’s really how it works.” We need to be better informed about what the poor value, what they think could be done to improve them, and how they could work better. There is also a need to focus on social welfare programmes through a very specific gender lens. Most of our extension efforts have tended to bypass the women who actually hold the key to the poverty puzzle. They are a vital piece in the entire development ecosystem.

If the primary focus is really on ending poverty, a partnership must be established among poor communities so that they learn from one another and share traditional, practical knowledge and skills. The field has shifted profoundly and has become much more nuanced but still we cling to the old development playbook. There is a need to properly understand the interplay of various factors to assess their impacts on the whole constellation.

The hallmark of any intervention for the poor is that it should stand on the following legs: empathy, humility, compassion and conscience. Observations like, “I am a farmer myself”, “You can’t pull wool over my eyes” and “I was born and brought up in a village and know rural problems better than anybody else” are a sign of arrogance and will not go down well with the people with whom one wants to work.

Importing unworkable ideas, equipment and consultants destroys the capacity of communities to help themselves. Ensuring that those most in need are not forgotten and that they have the freedom to make their own choices is just as important as delivering concrete development outcomes. The people who pioneered the world’s most successful development programmes recognised this potential and always sought to evoke it. These are the ones who enabled the poor to take the right step on the right ladder at the right time. The results have been miraculous.

Consultants must seek a more active engagement with the poor so that they have a truly authentic feel of reality. They must remove their academic blinkers to get an accurate picture of the society they want to serve. I have been inspired mostly by people who have followed their printed blasts with long tiring journeys in inhospitable terrain to demonstrate their solidarity with these people. Consultants have never lived down the description of them in Robert Townsend’s Up the Organization as people who borrow one’s watch in order to tell the time. There are too many consultants willing to give advice, most of which is descriptive and very rarely contains prescriptions. This is the hubris of the consultant who believes he can wear down the problems with sheer studiousness.

Consultants are like burnished glass — living their whole lives off the reflected glory of the organisations to which they were privileged to provide consultancy. Nevertheless, consultants do have a role to play. This, however, is not to diminish the role of professional outsiders who have successfully entered into the conditions and outlooks of rural people. They have fashioned programmes from the inside out, so to speak. They show deep respect for the capabilities of the people whose lives they hope to improve and remain persistent as well as patient in their goals and mission.

Development economists acknowledge that the poor act rationally, however straitened their circumstances. If their undertakings are too small, or their efforts too thinly spread to be efficient, it is not because they have not planned properly, but because the markets for land, credit or insurance have failed them. Good management of even the smallest asset can be crucial to very poor people, who live in precarious conditions, threatened by lack of income, shelter, healthcare and food. To overcome poverty, they need to be able to save and borrow responsibly, and to protect their families against adversity they need to be insured. With little income or collateral, poor people are seldom able to obtain loans from banks and other formal financial institutions.

Economic development and social change must begin from within even though the initial nudges may have to come from outside. Well-meaning people should have the open mindedness to listen to those who work in the field and live the day-to-day challenges. That respect opens many doors. Lasting change comes about so slowly that one may not notice it until people resist being taken care of and they need to be given a chance to fulfil their own potential.

When solutions are designed in a way that recognise the poor as clients or users and not as passive recipients of charity, a real chance to end poverty is created. Humility is needed for a revolution to succeed. This logic comes from the power of empathy — not a form of empathy that comes from superiority, but one born from a profound humility.