The chopper was scheduled to land on the grounds of the Kasturba Gandhi Vidyalaya, but because of issues it was forced to land on a field. 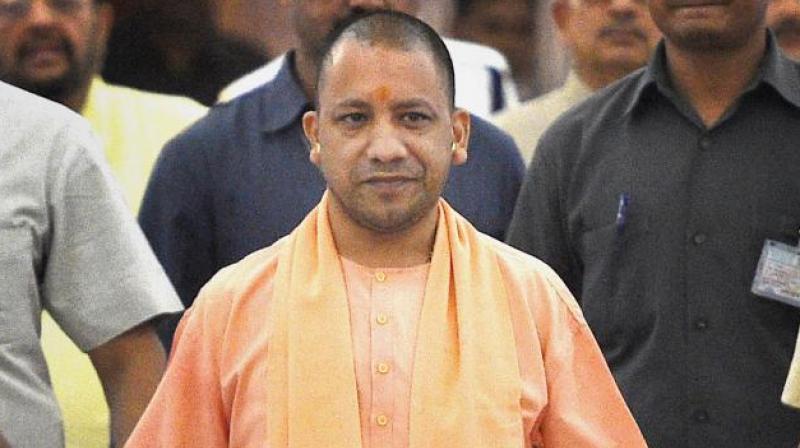 The chief minister was safe and proceeded for the scheduled programmes. (Photo: File)

Kasganj: In a major security lapse, the helicopter carrying Uttar Pradesh Chief Minister Yogi Adityanath was Tuesday forced to land on a field instead of the makeshift helipad at a school in Kasganj.

The chopper was scheduled to land on the grounds of the Kasturba Gandhi Vidyalaya, but because of some problems it was forced to land on a field a kilometer away.

The chief minister reached here on Tuesday morning on a day's visit to meet the members of a family whose three members were recently murdered in Pharauli village under Sahawar tehsil of the district.

He also reviewed the developmental works and law and order situation in the district at the collectorate.

Meanwhile, SP Kasganj Piyush Srivastava said, "The chief minister distributed the cheques and all the programmes were held successfully."