Aiyar does it again, calls PM ‘most foul-mouthed’

Aiyar is no stranger to controversy. He infamously used the “chaiwala” remark in 2014 against Mr Modi. 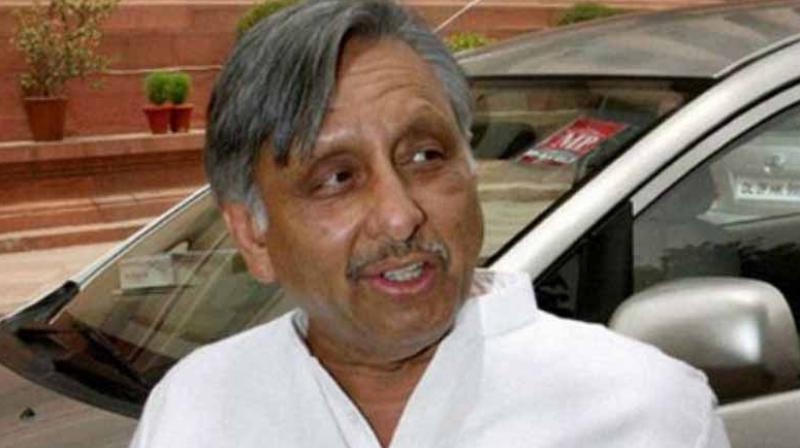 New Delhi: Even before the furore over Sam Pitroda’s remark on the 1984 anti-Sikh riots — “hua toh hua” — could die down, Congress leader Mani Shankar Aiyar put the party into another embarrassing position by not only justifying his “neech aadmi” jibe against Prime Minister Narendra Modi, first made in late 2017, but also called him the most “foul-mouthed” PM the country has ever seen. As the Congress was left red-faced, the Prime Minister tried to turn Mr Aiyar’s comments to electoral advatange. “I consider their abuses as a gift. I will not reply to them, you (public) will reply by voting for the BJP,” Mr Modi said at a campaign rally at Ballia in Uttar Pradesh.

In 2017, just before the Gujarat Assembly polls, Mr Aiyar had called Mr Modi “neech aadmi”, after which he was suspended from the Congress. Justifying that remark, Mr Aiyar said in an article: “Modi will, in any case, be ousted by the people of India on 23 May. That would be a fitting end to the most foul-mouthed Prime Minister this country has seen or is likely to see.” Asked to clarify his comments, Mr Aiyar told reporters: “There is a whole article, picking out one line from it and saying — now talk on this... I’m not ready to be involved in your games... I am a fool, but not a big fool.” He added: “Thank God. This government will go in 10 days.”

The Congress yet again condemned Mr Aiyar’s remarks. Its communications chief Randeep Singh Surjewala said: “We completely reject and condemn the remarks of the likes of Mani Shankar Aiyar and every other person who is violating the time-tested principle of self-discipline in political discourse, of mutual respect and adherence to ideas and ideology, and not to verbally abuse while fighting an election, to give due regard even to your worst political enemy as was shown by Rahul Gandhi on the floor of Parliament.” The Congress leader further claimed that it was Mr Modi who had seriously lowered the prestige of the office of Prime Minister by his choice of words, anger, uncontrollable rage, and by his quest to seek revenge against every Opposition leader, particularly Congress president Rahul Gandhi and his family.

Mr Aiyar is no stranger to controversy. He infamously used the “chaiwala” remark in 2014 against Mr Modi. But the new article comes as the Congress is in damage control mode over the comments of Sam Pitroda.